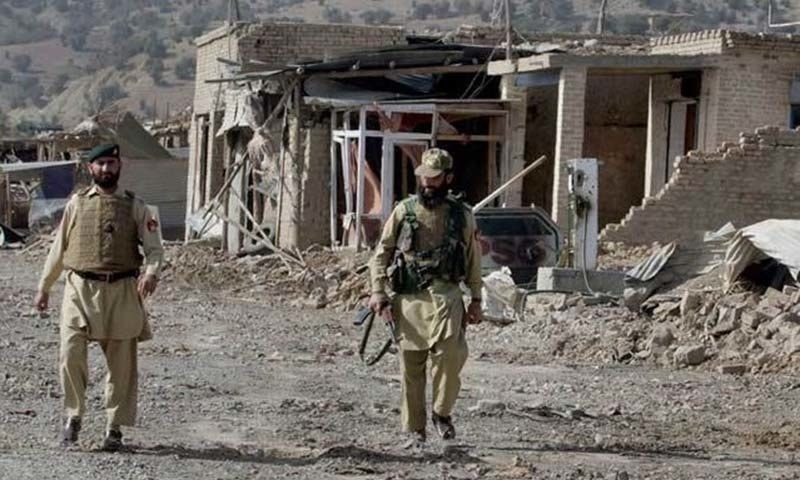 MRIANSHAH: A soldier was killed while another injured in Improvised Explosive Device (IED) explosion in Datakhel area of North Waziristan on Sunday evening.

A day earlier two security personnel were injured in a blast in Dattakhel tehsil of North Waziristan.

Meanwhile security forces have announced to cancel imposition of curfew in North Waziristan. The curfew was scheduled for  tomorrow (Tuesday) from 8 am in the morning till 3 pm. In this regard announcements were made through loudspeaker in Pakistan market.

Separately children received serious injuries after they were bitten by a boar in Kaneguram area of South Waziristan on Sunday. The children were discharged from Kaneguram hospital after receiving necessary treatment. Wild pigs reportedly migrated to South Waziristan after huge displacement took place as result of military operation in the district.