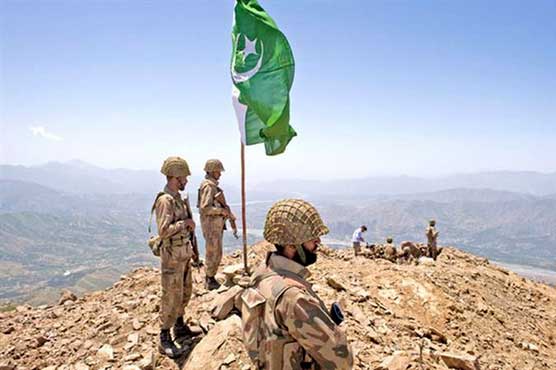 MIRANSHAH: A Pakistan Army soldier has died while he was defusing a bomb in tehsil Datta Khel in North Waziristan.

Initial reports from security officials said that a soldier Mazhar was trying to neutralize a landmine when it went off. As result he lost his life. Clearing Fata particularly North and South Waziristan Agencies from landmines has become a serious challange for Pakistan army.

On Tuesday, another soldier Lance Havaldar Irfan Ali had lost his life while defusing a bomb in the same area.

Dattakhel tehsil is a town in North Waziristan located on border between Pakistan and Afghanistan.

Hundreds of people have become victims to landmines in North and South Waziristan and tribal people called it a hidden enemy.

One of the major demands of recently erupted Pashtun Tahafuz Movement (PTM) is removal of landmines from tribal areas especially North and South Waziristan as they have claimed many lives.