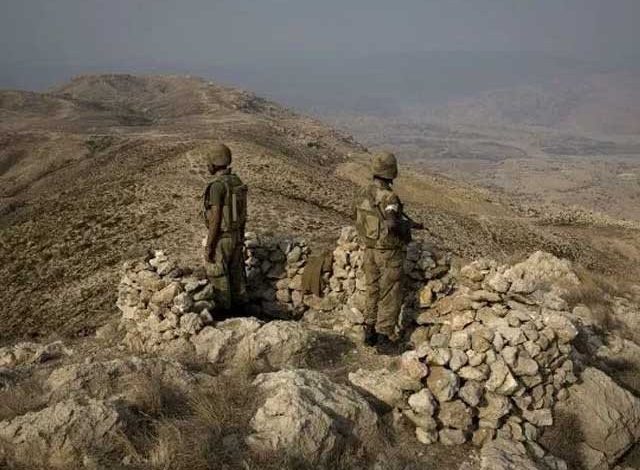 PESHAWAR: One soldier was martyred in an explosion of an improvised explosive device (IED) near a military check post in Kaniguram area of South Waziristan tribal district on Wednesday.

According to the Inter-Services Public Relations (ISPR), Lance Naik Waqas Ahmed, 26, who embraced Shahadat, was a resident of Karachi. The injured soldiers were identified as Havaldar Gulzar and Sepoy Nasir. Official sources said a bomb disposal team of Baloch Regiment was going to check post near Karama area when they stepped over an IED laid by terrorists. The injured soldiers were shifted to Peshawar for treatment.

Cordon and search operation was conducted to apprehend terrorists in the area. However, there was no word about any arrest.

The ISPR said the Pakistan Army is determined to eliminate the menace of terrorism and sacrifices of our brave soldiers further strengthen our resolve.

The first incident happened in Ladha tehsil of South Waziristan in which three children lost their lives and two were injured when a toy bomb exploded.

In another incident, terrorists attacked the security squad of the deputy commissioner in Mir Ali tehsil of North Waziristan, killing two people, including a policeman.

According to ISPR, Pakistani troops responded in a befitting manner to the attack. During exchange of fire, Sepoy Umar Daraz, 32, resident of Jhang district of Punjab, embraced Shahadat.

On May 05, the security forces conducted an intelligence-based operation (IBO) in North Waziristan during which two terrorists were killed.

According to ISPR, during the exchange of fire with the terrorists in Dosali area North Waziristan, an officer, identified as Captain Faheem, and two soldiers, identified as Sepoy Shafi and Sepoy Naseem, embraced martyrdom.