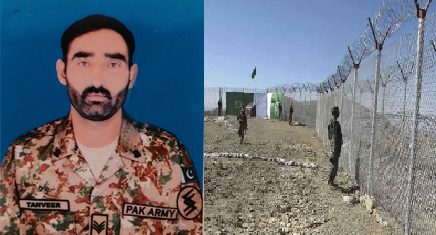 PESHAWAR: A soldier of the Pakistan Army embraced martyrdom, while another was injured in a cross-border attack in Bajaur tribal district on Wednesday.

The martyred soldier was identified as Havaldar Tanveer.

The outlawed Tehreek-e-Taliban Pakistan (TTP) claimed responsibility for the attack in a statement sent to the local media.