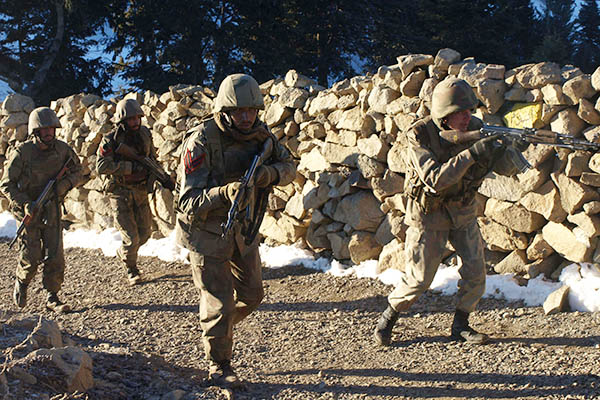 PESHAWAR: Two soldiers were martyred and two others sustained injurers in attacks and clashes in Khyber Agency and Balochistan on Wednesday.

The soldiers going for the help of the under attack security personnel at the check post also came under attack from militants with an improvised explosive device (IED). Two soldiers were injured when their vehicle was hit by the bomb planted on the roadside. The vehicle of the soldiers was completely damaged in the blast. The injured soldiers were taken to hospital.

Meanwhile, a Frontier Corps (FC) soldier was martyred and two terrorists were killed during intelligence-based operations in Balochistan.

According to the Inter-Services Public Relations (ISPR), the security forces conducted operations in Dasht, district Turbat and Dera Bugti as part of the countrywide operation Raddul Fasaad and in support of the ‘Khushhal Balochistan’ programme.

In an exchange of firing with terrorists FC soldier Naik Irfan embraced martyrdom, while two terrorists were also killed.

Two terrorists were killed in the operation and a huge cache of arms and ammunition were recovered.