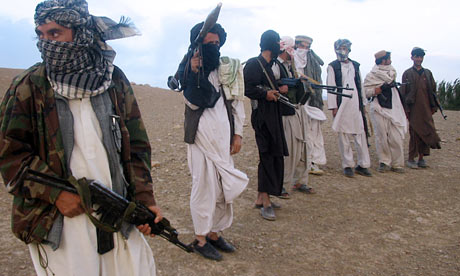 WASHINGTON: Some elements of the Taliban in Afghanistan are showing interest in peace talks, the top U.S. commander in Kabul said Wednesday, citing “off stage” contacts involving what he described as mid- and high-level leaders of the insurgency.

“A number of channels of dialogue have opened up between the various stakeholders in the peace process,” Nicholson told reporters at the Pentagon. Speaking from his office in Kabul, Nicholson said he could not name names because the contacts are being pursued confidentially to improve the chances of advancing toward actual peace talks.

“What you’re seeing right now is a lot of the diplomatic activity and dialogue is occurring off the stage, and it’s occurring at multiple levels,” he said. “So you see mid-level, senior-level Taliban leaders engaging with Afghans.” He added that unspecified international organizations, foreign governments and other interested parties also are involved.

U.S. officials have talked up the prospects for peace many times over the course of the 17-year war in Afghanistan, only to be disappointed, The New York Times reported.

When President Donald Trump announced last August that he was committing to winning the war with a revamped strategy, he said the goal was to compel the Taliban — with help from Pakistan and other interested nations — to seek peace.

However, a U.S. government watchdog agency recently reported that it saw few signs that this strategy was working, while acknowledging that the Afghan security forces are getting better training.