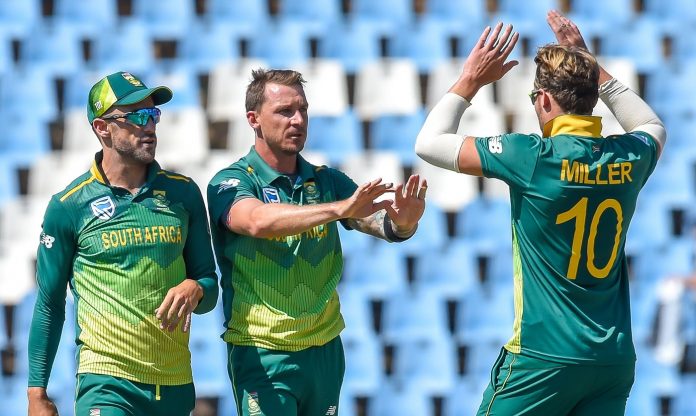 PESHAWAR: South Africa defeated Pakistan in third match of the ODI series by eight wickets under the Duckworth-Lewis method at the Centurion on Friday and gained 2-1 lead.

Pakistan decided to bat first after winning the toss and scored 317 runs for the loss of 6 wickets. Imam-ul-Haq was top batsman for Pakistan with 101 runs, while Babar Azam scored 69 and Mohammad Hafeez 52. Imad Wasim (43) and Shoaib Malik (31) also contributed to the formidable total on a good batting track.

Imam said after his fifth ODI century that it should silence his critics who often criticise his selection being the nephew of the chief selector.

For Proteas, Dayle Steyn, who was included in the squad after two-match rest, and Rabada took two wickets each, while Tabraiz Shamsi and Hendricks took one wicket each. Phehlukwayo and Shamsi, who played key role in South Africa’s win in the second ODI with their brilliant bowling, were not so successful on Friday, as they conceded plenty of runs. Tabraiz conceded 75 off his 9 overs, while Phehlukwayo conceded 71 in 10 overs without taking a wicket.

South Africa were off to a good start while chasing the target. They were on 187 in 33 overs when the play was stopped due to rain. They were declared winners by 13 runs as the play didn’t resume. Pakistan had some luck during their batting, as Proteas dropped some catches and there were also some miss-fields, but luck was on South African side as rain helped them win the match.

Hashim Amla scored 25 runs, De Kock scored 33, while captain Faf du Plessis (40) and Reeza Hendricks (83) remained unbeaten. Hasan Ali got one wicket, while the other wicket to fall was a run-out. Hendricks was declared player of the match.

Pakistan captain Sarfraz said batsmen played very well and bowling was also good before the first rain intervention, but after the rain things changed. “When we needed wickets, we couldn’t get them. Hopefully we can work on these,” he said.

Du Plessis said his team weren’t good in bowling or fielding in the match. “It’s tricky with the rain around, myself and Reeza just tried to stick around. It was important to go ahead in the series,” he said.