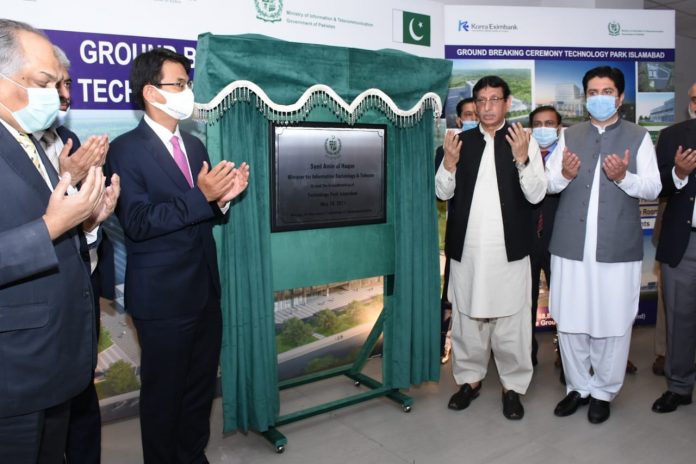 ISLAMABAD: The Ambassador of the Republic of Korea, Suh Sangpyo inaugurated the construction works on the Islamabad Technology Park. The Minister for Information Technology and Telecommunications, Syed Amin ul Haque accompanied the Korean Ambassador, said a press release issued here on Wednesday.

On this occasion, the Korean Ambassador Suh Sangpyo commented that IT Park constructions are key projects of the Economic Development Cooperation Fund (EDCF). In 2019, Korea signed the framework agreement with Pakistan to provide 500 million dollars of EDCF loans that give financial space for the construction of infrastructure in Pakistan.

The press release said, “Today we witness together with a tangible outcome of EDCF projects. Islamabad IT Park will be a landmark in strong ties between Korea and Pakistan”.

It stated that Korea is ready to support Pakistan’s own IT capacity reinforcement with a long-term perspective, such as capacity building, infrastructure and technology development. The press release while quoting the Korean ambassador said that the construction of this Islamabad IT Park will provide a business-friendly environment for Pakistani small and medium IT companies.

Talking on the occasion, Pakistani Syed Amin ul Haque thanked the Korean government and the Korean ambassador to Islamabad for their full support in the construction of the IT Park. He remarked that the state-of-the-art IT Park project will be completed in 30 months and the inauguration of this Park is another positive step towards the achievement of Prime Minister Imran Khan’s vision of a Digital Pakistan.