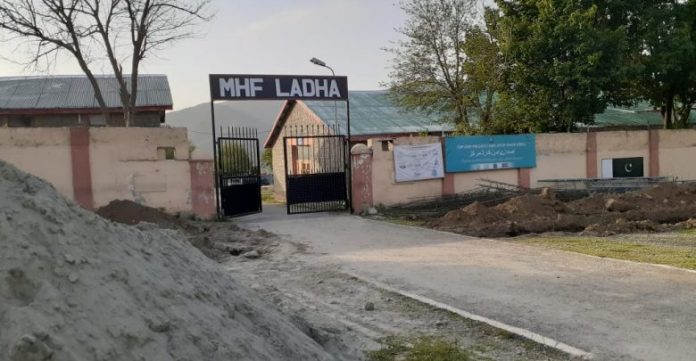 PESHAWAR: The only health facility in tehsil Ladha of South Waziristan is lacking proper medical staff, medicines and other basic healthcare facilities, adding to the miseries of patients in the area.

In the model health facility hospital, labour room, operation theatre and laboratory is available but no trained doctors are present to provide quality healthcare. Due to which local population has to shift their patients to other areas.

There is 35 member staff in Ladha hospital but they are not only lazy in performing their duties but also not enough to cater to the requirements of the growing number of patients. Local people informed that on daily bases almost half of the staff is off duty leaving the patients dependent on unskilled doctors of private clinics.

In this situation, it is women, who are suffering the most. “I have lost my three months pregnancy due to erroneous ultrasound by an unprofessional technician,” said local woman, Shazia to TNN. “We would never have to consult private clinics if trained staff, medicines and other facilities were available in the government hospital.” Shazia furthered that when she consulted doctors in Dera Ismail Khan, she was informed that she has lost her three-month pregnancy due to incorrect medication.

Another woman Gul Meena said that she was shifted to a government hospital in Makin for her childbirth however there were profession doctors available to provide her proper medication.  Gul added that after when the unskilled doctor deteriorated her medical conditions, she referred to the hospital in Tank where she gave birth to a dead child after an operation.

Local sources have informed that though Ladha is one of the most beautiful areas of South Waziristan but here people are worried about the unavailability of proper health facilities. There is already some further construction work underway at the facility but no efforts are being made to provide healthcare facilities to people. The tribal people have demanded that they don’t need new buildings but professional doctors and medicine to solve their problem.