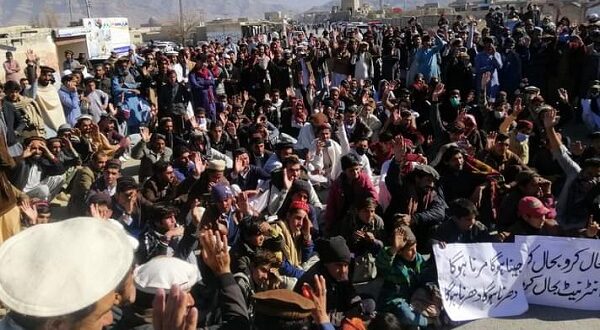 PESHAWAR: A massive protest and sit-in was held outside Wana Scouts Camp on Thursday over weak internet service in South Waziristan tribal district despite announcement of provision of fast service by Prime Minister Imran Khan.

The sit-in was participated by students, traders, travel agents, mobile dealers, political activist and other people in large number.

The protesters said Prime Minister Imran Khan had announced provision of 3G and 4G internet services in South Waziristan on January 20. They said no progress has been made on the premier’s announcement after which the area people have decided to stage sit-in. They said although the internet signals were opened after the premier’s announcement, but signals are so weak that even no voice call can be made.

The protesters said poor internet connectivity in areas of South Waziristan is hampering the progress of people in the region at a time when Pakistan is aiming to become a knowledge economy. They said orders about 3G and 4G services in South Waziristan have not been issued to cellular companies after which it has been decided to stage a sit-in.

On the other hand, the Pakistan Telecommunication Authority (PTA) said directives have been issued to private mobile service providers to improve services in South Waziristan. The authorities are working to recommence fixed-line broadband services in the area to facilitate the local community, particularly students.

The PTA said it has carried out a joint quality of service survey with the cellular mobile operators from January 25-29 in the area.

Viewing results of the survey, the PTA asked the operators to not only upgrade their services, i.e. 2G sites to 3G, and 3G sites to 4G, but also consider the addition of more sites so that better voice and data services could be provided to the subscribers.

The PTA said improvement in internet services is expected within a month. It said efforts are underway to resume fixed-line broadband services in South Waziristan. I said that Jazz offers 2G and 3G services in the area, while Ufone provides 2G services.

Telecom operators have been directed to rectify the identified deficiencies within 15 days. The survey has also identified the requirement of expansion of telecom infrastructure in the area.