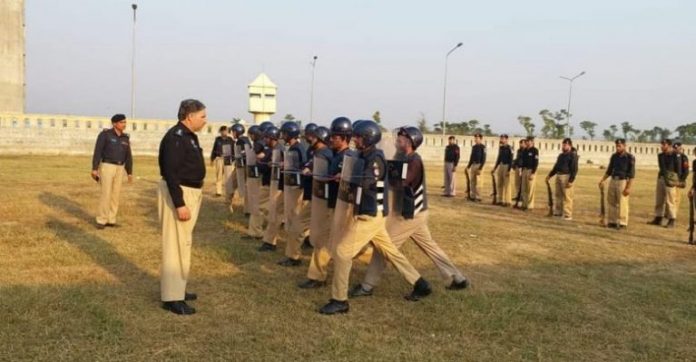 Eight sub inspectors and 90 constables were among the cadets who completed the training.

After merger of erstwhile Fata with KP, the scope of KP Police was extended to merged tribal districts and it was decided to train the police in tribal districts on modern lines to enable them to cope with the modern day challenges.

Speaking on the occasion, Station Commander Brigadier Qasim Shahzad, who was a chief guest at the ceremony, appreciated the Khyber Pakhtunkhwa Police for rendering matchless professionalism and sacrifices during militancy. He congratulated the new cadets and their trainers on completion of the training course, saying that it was a historic day as the newly trained police cadets of South Waziristan would join law enforcers and utilise their capabilities in maintaining law and order in the region.

The sector commander urged cadets to perform their duties with honesty and dedication and make efforts for establishing a crime-free and peaceful society.

The KP Police has inducted 23 constables on quota of police officials who laid down their lives in line of duty or retired on the recommendations of medical board.

Addressing newly-inducted constables at Police Lines Peshawar, Capital City Police Officer (CCPO) Mohammad Ali Gandapur said that protection of lives and properties of people were among the main responsibilities of police force which demanded hard work and professional excellence. Mr Gandapur hoped that the new constables would help increase the confidence of people on police force.

While appreciating the services of martyred policemen, the CCPO said that the sacrifices rendered by police force would be remembered for ever. He directed the newly-inducted constables to play their role for eradication of social malevolence and prevention of crimes in the society.