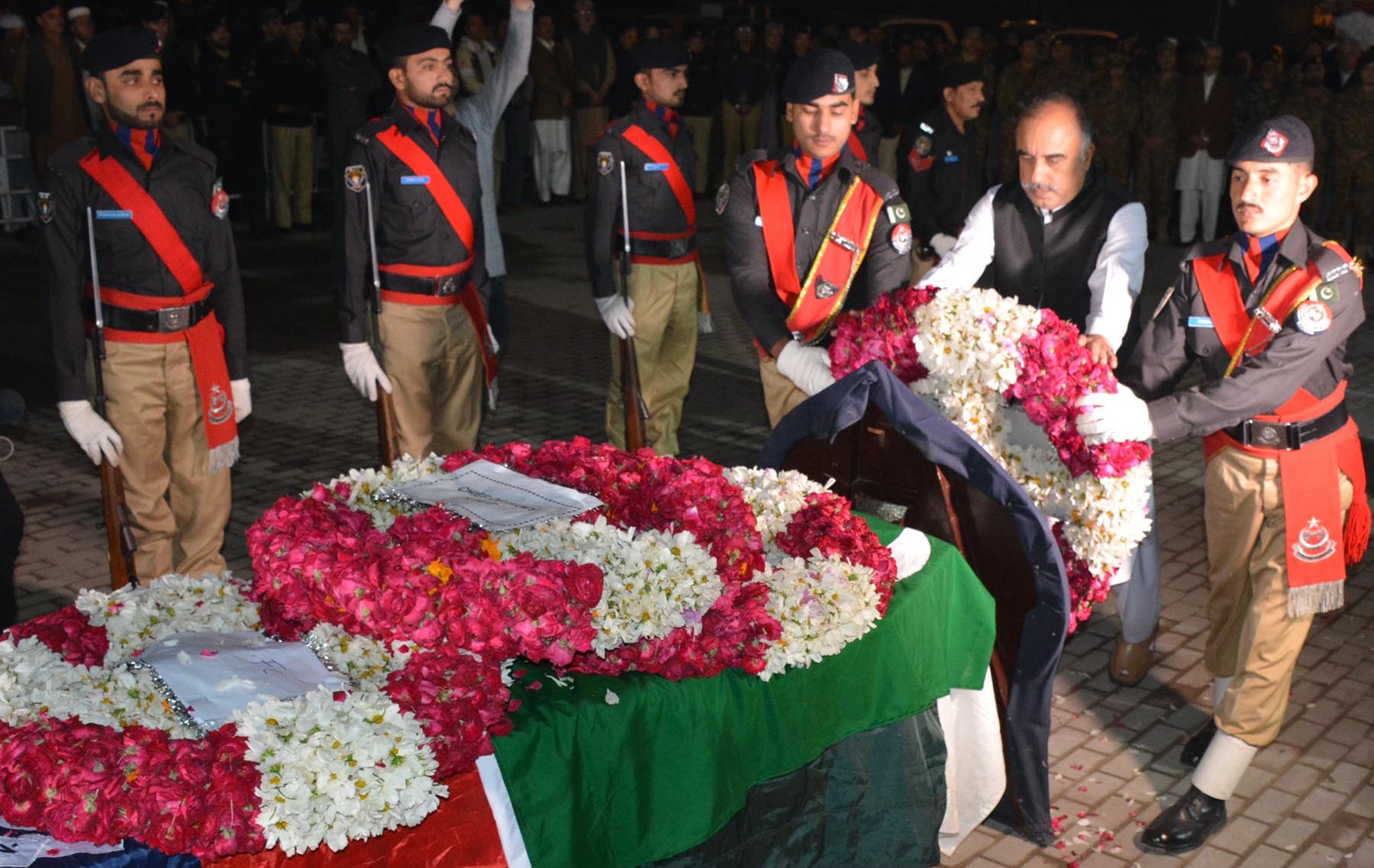 PESHAWAR: The Namaz-e-Janaza of slain Superintendent of Police (SP) Tahir Dawar was held at Police Lines Peshawar after his body was handed over to Pakistani officials at Torkham border on Thursday night.

After the funeral prayer at Malik Saad Shaheed Police Lines, Tahir Dawar was laid to rest in Hayatabad area. The Pakistani officials complained that the Afghan government kept them waiting at the Torkham border for several hours and employed delaying tactics in handing over the body. The Afghan government earlier delayed the process insisting that they would hand over the body to the relatives and tribe of the slain police officer.

The body was received by Minister of State for Interior Shahryar Afridi, KP Information Minister Shaukat Yousafzai and Ajmal Khan Wazir and they were accompanied by senior police and military officials. A large number of tribesmen were also present on the border.

Shaharyar Afridi told media after the funeral that the attitude of the Afghan government in the whole episode was very disappointing. He vowed to bring the culprits behind the incident to justice. He said Prime Minister Imran Khan will speak on the issue on Friday (today).

SP Tahir Dawar’s brother Ahmaduddin Dawar said his brother rendered great sacrifices for the country and he was proud of it.