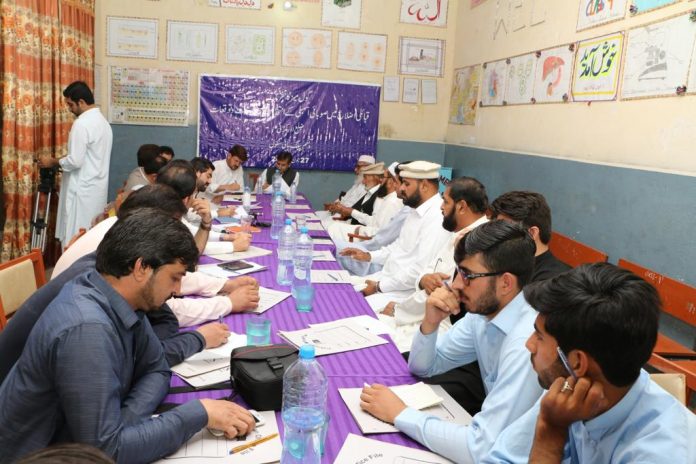 HANGU: Speakers at a daylong conference called for free, fair and transparent elections on the provincial assembly seats in the newly merged areas. The conference organized by a local organization at Hangu, the headquarters of Orakzai tribal district.

Speaking on the occasion, the participants urged the government to take all possible steps for making the elections transparent so that the voters can make better choices and bring in dedicated and sincere leadership to the provincial legislative forum.

The speakers demanded of the government to allocate at least two provincial seats to the war-hit Orakzai tribal district in order to better raise voices of the war-effected people in the legislative forums.

Some of the participants showed concerns over the slow pace of reforms. They said people had associated great expectations with the PTI-led government but things were not moving as quickly as expected which were causing frustrations amongst the masses.

The participants of the workshop also appreciated the Sehat Insaf card, government’s Insaf rozgar scheme and induction of levis and khasadar into the regular police force.

Coupled with sectarian and communal tensions, the area saw the rising tide of militancy that forced hundreds of thousands of people to flee from their homes. The speakers called for early rehabilitation of the TDPs, reconstruction of the damaged infrastructure and a decent compensation to the war victims.

The participants said Orakzai tribal district has a history of sectarian conflicts rooted in local disputes over water, land and forests. They called for the early land settlement in the area.

They urged the government that the poverty-stricken area needed government attention. To that end, the government needs to create business and employment opportunities in order to put the war-hit region back on the track to progress and prosperity.