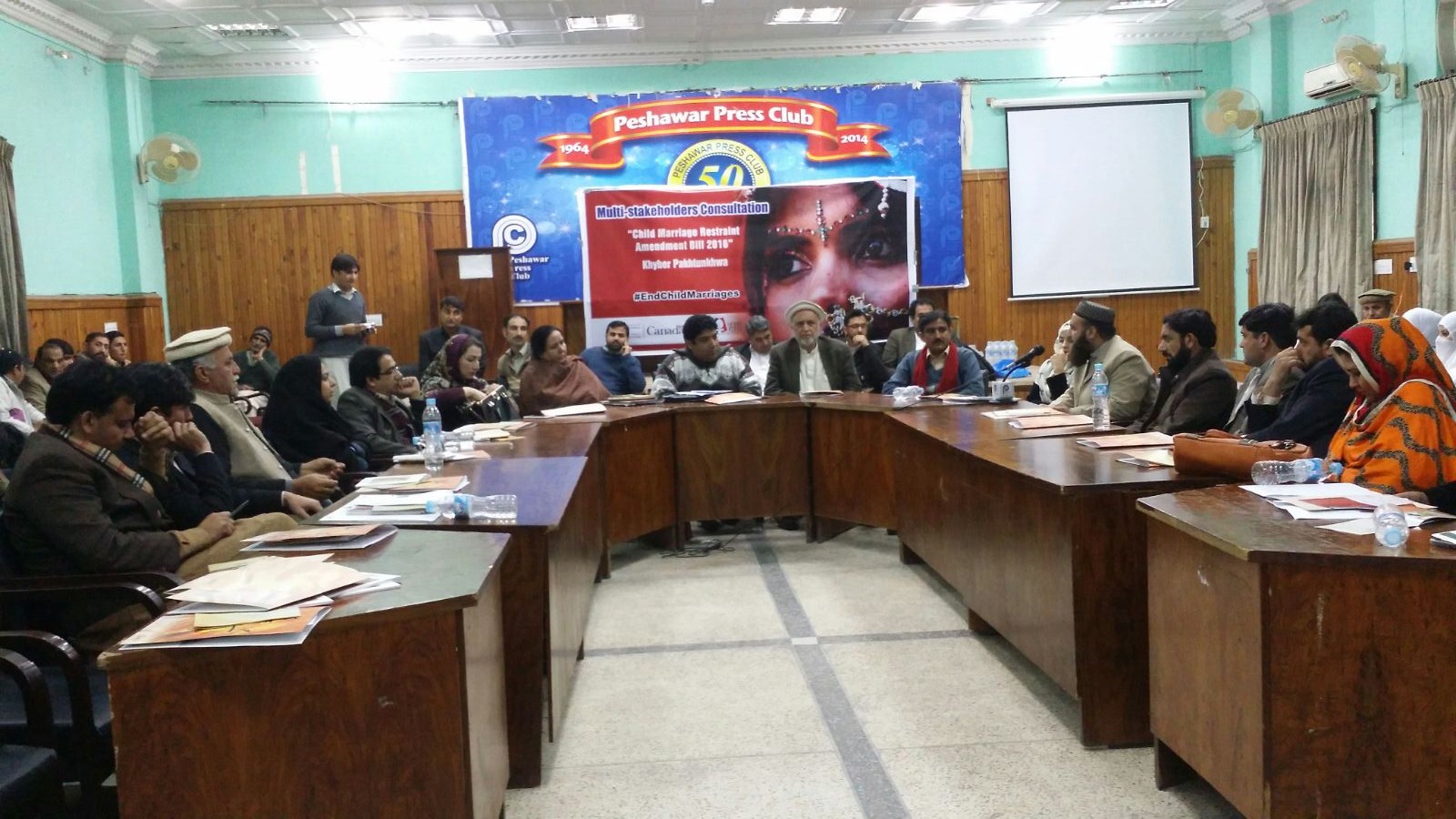 PESHAWAR, 12 January: Speakers at a seminar held here on Tuesday asked the Khyber Pakhtunkhwa government to make changes in the bill prepared by the government to prevent underage marriages.

The seminar was organized by a non-government organization working for the rights of women and children.

The speakers said the government in the proposed draft bill has recommended fine of up to Rs.45,000 and two years prison for the violators which should be increased.

Talking to TNN, Qamar Naseem a civil society member said it is unclear whether the law will be extended to the Provincially Administrated Tribal Areas (PATA).

He further pointed out that the draft bill said no action would be taken if an underage marriage is arranged with good intentions. “Even if the bill is passed, it will be ineffective,” he remarked.