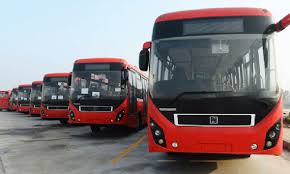 PESHAWAR, 8 December: The United Nations with the cooperation of Khyber Pakhtunkhwa Transport Department will run 14 special buses for women in Peshawar, Mardan and Abbottabad.

An agreement in this regard was signed among UNOPS, UN Women and Japan embassy on Wednesday under which the government of Japan will provide Rs180 million for the project.

In his opening address during the signing ceremony, UN Resident Coordinator Neil Buhne underlined that the fear of harassment women face each day brings down their productivity. Buhne said the special bus service will end the difficulties of women travelling to their educational institutions and offices and will enable them to focus on their studies and work.

Jamshed M Qazi, representative of UN Women in Pakistan, said on the occasion that the service is being initiated on experimental basis in three districts and it will be extended to other districts upon its success.