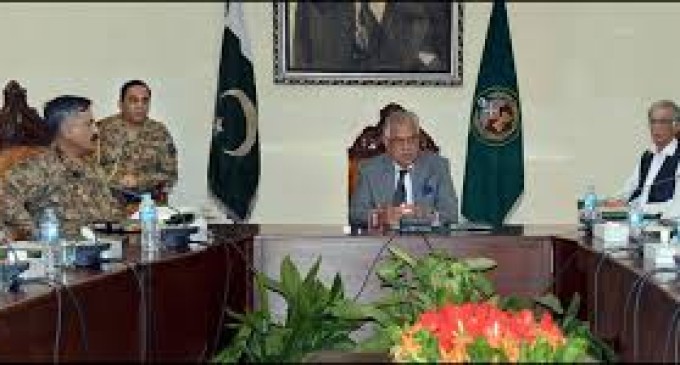 PESHAWAR, 4 September: The Khyber Pakhtunkhwa Apex Committee has decided to fully implement the National Action Plan (NAP) to counter terrorism in the province.

The meeting headed by Governor Iqbal Zafar Jhagra in Peshawar on Saturday was told that a special force will be established for the security of the China Pakistan Economic Corridor (CPEC). It was also decided that strict action would be taken against terrorists and their facilitators.

Participants of the meeting also offered dua for the victims of Mardan and Peshawar terrorist attacks.