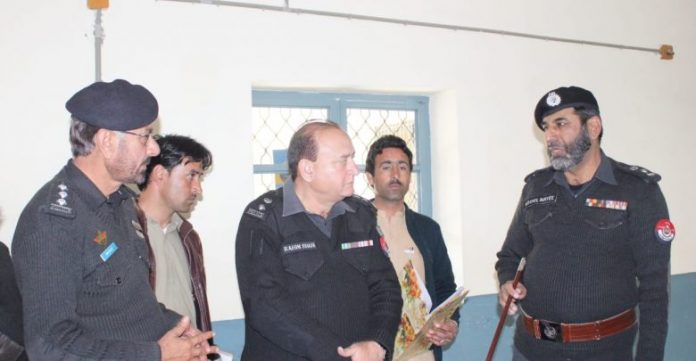 PESHAWAR: A police investigation team from Kohat has reached Parachinar and launched an investigation into the alleged rape and murder of five-year-old girl Gul Sakina in Kurram District.

District Police Officer (DPO) District Karam Rahim Shah told the media that investigations are underway from different angles to identify the killers of the innocent girl and bring them to the court of justice.

He added that an investigative team of experts, including Superintendent of police (SP) Kohat, Superintendent of Police (DSP) Thal, has arrived in the area and initiated the investigation process. The team has visited the school and the girl’s house as well as the pool from which her dead body was recovered.

The DPO in his media talk has said the team also listened to statements from school staff and the girl’s relatives and started investigations from different angles to trace the actual killers. DPO District Karam Rahim Shah said that 13 persons were also under investigation and their test samples were sent to Lahore for DNA test.

On the other hand, leaders of the Human Rights commission of Pakistan District Kurram Sabir Bangash, Azmat Alizai and others have expressed regret over the killing of the girl and demanded that the culprits be punished.

Gul Sakina, a five-year-old from Pewar Ghandi Khel district of Kurram district, was killed November 13 by unidentified assailants after being subjected to rape and the girl’s body was thrown into pool to show that she has died by falling into the pool.  However, following a medical report from the hospital, the girl was found murdered after being sexually assaulted.

Gul Sakina’s mother died four years ago, after which the grandmother was supporting her children. The father of the girl is serving in Waziristan as a soldier in FC and his father and grandmother mental health has also been badly affected due to tragedy dead of Gul Sakina.