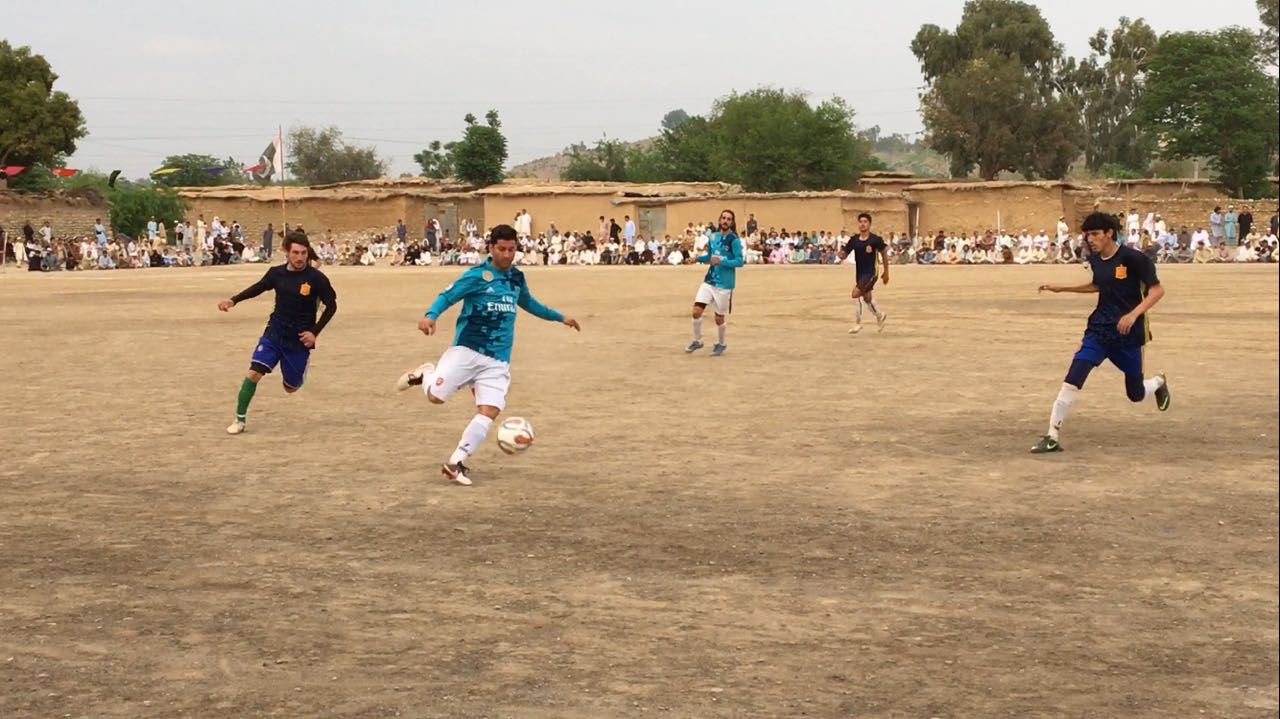 THALL/KOHAT: Sensational football contests in the ongoing All Pakistan Football Tournament in Thall town near Kurram Agency are drawing massive crowds as sports activities have resumed with return of peace to the region.

Forty-five teams from all parts of the country are taking part in the mega event, where enthusiasm of the crowds is worth seeing.

Organiser of the tournament, Shahzad, told TNN that peace has returned to the area after a very difficult phase in Kurram Agency. He said he wants to tell the world that we are peace-loving people and want to live with harmony. He said the arrival of thousands of spectators for every match is a strong evidence that the tournament is a great success and people of the area are peace-loving. He said the tribal people are eager to take part in healthy activities and they are always willing and ready to cash in on any such opportunity.

Players who are participating in the tournament told TNN that Fata has great football talent. However, they lamented that this talent is being wasted due to lack of proper attention to the sport by the government.

Sadiq Ali, a local football player, said the players from Fata and KP are capable of competing on national and international level if provided opportunity and proper facilities.

Spectators who came to watch a match said the government should also focus on other games in Fata.

Meanwhile, the three-day cultural festival concluded in Shakardarra area of Kohat on Sunday.

The festival organised by the district government was attended by players from Kohat, Dera Ghazi Khan, Lakki Marwat, Karak, Mianwali and southern districts of KP.

District Nazim Nasim Afridi, who was chief guest at the concluding ceremony, distributed prizes among the players.