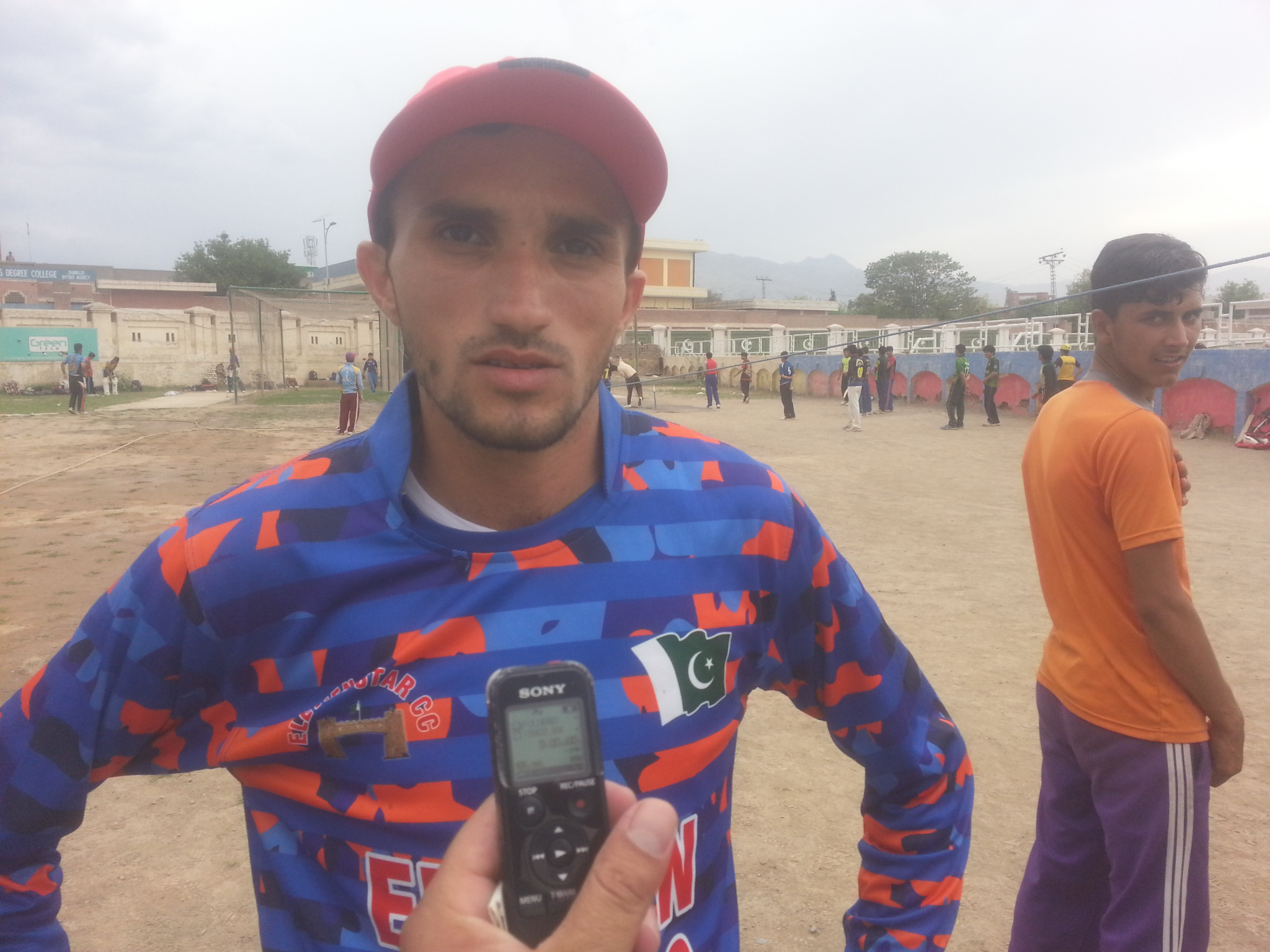 Like other activities of life, sports activities also came to a halt in FATA due to law and order issues and the sports grounds presented a deserted look. However, the situation changed swiftly after the return of local people and now the political administration, FATA Secretariat and people in their private capacity are organising sports tournaments and festivals in FATA in which the local players are participating vigorously. According to the FATA Disaster Management Authority (FDMA), 50,000 temporarily displaced persons (TDPs) returned to Bajaur Agency and 31,000 TDPs returned to Mohmand Agency by 2012.

For the first time in the history of FATA, sports competitions among the students of different madrassas (religious seminaries) were organised in Haleemzai tehsil of Mohmand Agency in April this year. Fifteen teams from religious seminaries participated in the competitions which included cricket, tug-of-war, football, volleyball, marathon race and other events. Similarly, Sadabahar Cricket Tournament was organised in Khwezai area of Mohmand Agency, situated near the Pak-Afghan border, few days ago in which 30 teams participated.

Khwezai Assistant Political Agent Pir Abdullah Shah told TNN at the concluding ceremony of the tournament that a new era of peace and development has commenced in FATA with resumption of sports activities. 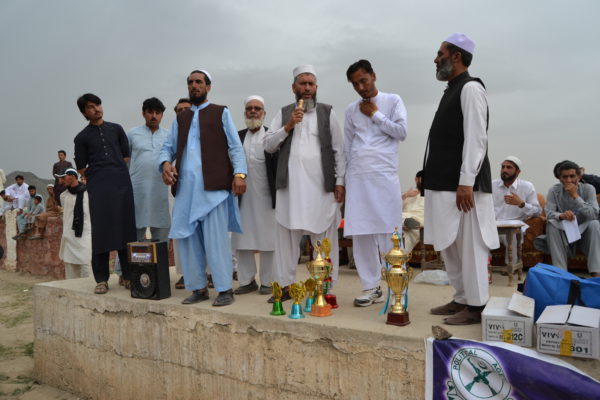 Like Mohmand Agency, sports activities are underway in other tribal agencies of FATA. Different small and larger scale tournaments and matches in different sports are being held in all parts of FATA. Zahid Danish from North Waziristan says: “Playgrounds have been restored completely, which is a very positive development. It symbolises our return to the journey towards durable peace and development.” Bajaur Green cricket team captain Noorul Hakeem says all kind of sports activities are underway in his area.

Alia from Kurram Agency says facilities for women players in FATA are not adequate as compared to men. “Cricket League was organised in FATA which was a great success. Such competitions should also be organised for women,” she said. Zahir Jan from Aakhel area of Orakzai Agency says his area lacks proper playgrounds for sportsmen. “There are no playgrounds and people have made cricket pitches in the fields. Volleyball players are also confronted with similar situation. People often get injured when they fall on uneven grounds while playing cricket and other sports,” he said.

An international taekwondo player from South Waziristan says the administration and Sports Department are making efforts for promotion of sports in the region. “We recently visited Iran to participate in 28th Al-Fajar International Taekwondo Championship and won silver medal. Sports association is also active in South Waziristan. Players from our region will bring more international medals in the sport in future,” he said. 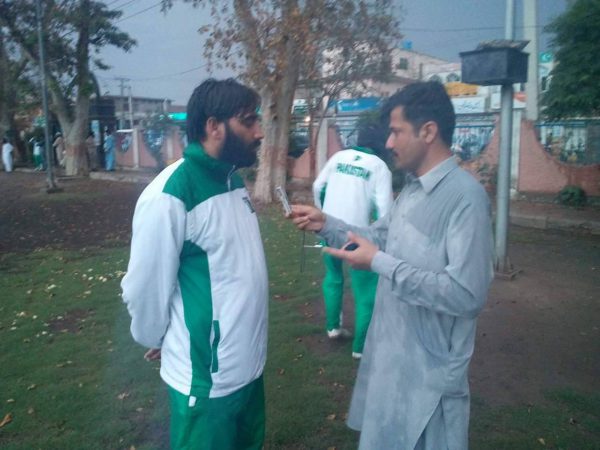 Thousands of people from federally administered tribal areas (FATA) were displaced due to law and order issues and subsequent military operations. Out of 336,000 displaced families from rest of FATA, 95 percent have returned to their native areas so far, while the repatriation of the remaining families is underway.FATA people are very happy over return to their native areas and resumption of sports activities. For the first time in FATA’s history, the Khyber Sports Association organised FATA Super League (FSL) cricket tournament which continued from 3 to 13 April. The successful conclusion of FSL in FATA marked a major step towards rehabilitation process in the tribal areas. 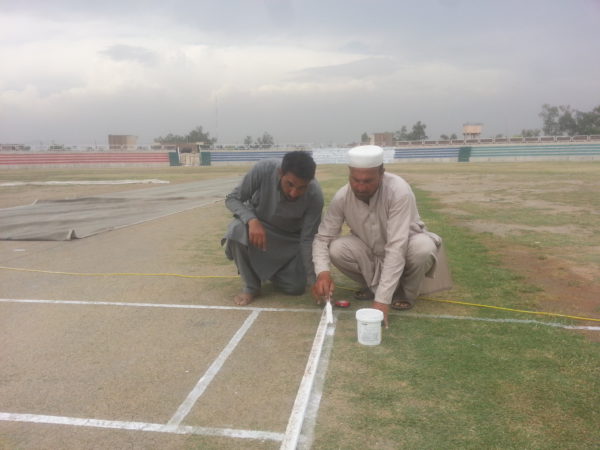 Twenty-four teams from FATA took part in the mega event in which besides local tribal players, international cricketers also participated. The matches of FSL were played on the grounds of Jamrud, Bajaur and Peshawar. The Association Chairman Haji Taimur said the winning team of FSL got Rs600,000 prize, while the runners-up got Rs300,000. Haji Taimur said the mega cricket event in FATA proved that rehabilitation process is underway with a rapid pace.

“Players who have represented the national cricket team, A-team and first class cricketers besides FATA players took part in the tournament. It is a clear message for the International Cricket Council (ICC) and rest of the world that FATA is a peaceful area and the local people love sports. We will continue our efforts and organise FSL every year,” he said.

The people of FATA and rest of the country say the FSL sent out a positive signal to the world and proved to be a major step towards rehabilitation efforts in FATA. The tribal cricketers believe that this tournament is a Trump card for them for making name in the sport. Asad Afridi, a player of Khyber Green which won the first edition of FSL, said the tournament brought the FATA region into the focus of cricketing world. “FSL has a massive impact on Khyber Agency and more and more players are joining our academy now. The FATA region also got attention of the Pakistan Cricket Board (PCB) and now it will be easier for cricket managers to hunt talent in our region. Our cricketers benefited the most from the mega event,” he told TNN.

Some matches of the tournament were to be played Kurram and North Waziristan. However, due to law and order issues, these matches were shifted to Peshawar. Kurram Sports president Murtaza Hussain told TNN that the sports department and local people were very disappointed over shifting of matches from their area.”We had arranged accommodation and other facilities for players. The political administration had also extended all possible cooperation to us, but the matches were shifted to Peshawar which disappointed us. Football and cricket tournaments are being organised in Kurram Agency now. We hope that these tournaments will conclude peacefully,” he said. 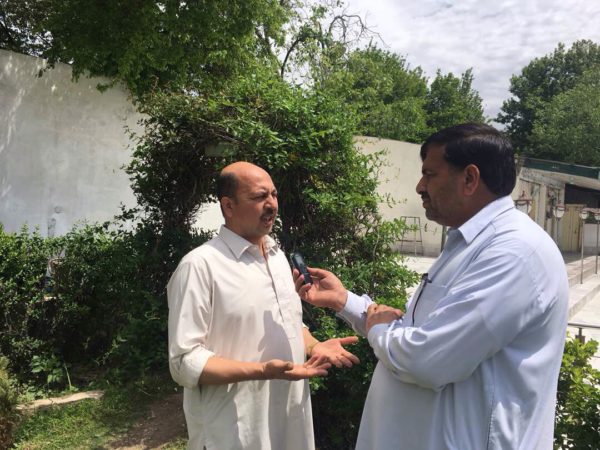 The government is fully aware of the fact that there are thousands of capable players in FATA who can shine on national and international level and, therefore, it is constructing sports complexes and grounds in the region to provide opportunity to these players to prove themselves. Construction of Younis Khan Stadium in North Waziristan, sports complex in Kurram, Shahid Khan Afridi stadium in Khyber Agency and Dogra Stadium are few such examples.

TNN correspondent Ali Afzal conducted an interview of Kurram Agency Sports Officer Amjid Khan regarding efforts of Sports Department for promotion of sports in the region. “Facilities of cricket, football, badminton, basketball, volleyball and hockey grounds are available at Kurram Sports Complex. We get funds in every annual development programme with the help of which we carry out more development work at the sports complex,” Amjid Khan said.

He said work on football ground and walking tracks was completed at the complex this year. He said the political agent has provided the facility of solar system at the complex to operate the tube well.

“We have laid grass at the cricket ground and we also have a grassy cricket pitch here. The director sports FATA had a meeting with SRSP official last week. In this year’s scheme, we have got the facilities of gymnasium hall, swimming pool, cafeteria, lighting system and seats at every side of the pavilion,” he said. Amjid Khan said a football tournament will commence on 31 May in which 14 teams from FATA and KP will take part.

“About 200 people come to the sports complex on daily basis for evening walk and the local people use two grounds to play football. Boys also practice cricket regularly. We always invite teams from central and lower Kurram whenever we do any activity here and we also pay them travelling allowance. About 70 clubs from central and lower Kurram will arrive here on 25 May to participate in football, cricket, basketball, volleyball, badminton, athletics and other competitions,” he said.

The FATA Secretariat and political administrations of tribal agencies often distribute sports kits and prizes among the players to encourage them.

“Sports activities have resumed from Bajaur to South Waziristan and frontier regions after start of rehabilitation of TDPs in FATA. Some events are currently underway in different tribal regions like FR Tank, FR Dera Ismail Khan and Kurram Agency. The governor, additional chief secretary of Sports Department and FATA Secretariat are making efforts for constructing sports grounds in all parts of FATA and providing maximum facilities to players,” FATA Director Sports, Culture and Youth Affairs Muhammad Nawaz told TNN during an interview.

He said an international standard stadium has already been constructed in North Waziristan, while Shahid Khan Afridi Stadium has been constructed in Khyber Agency. He said all the stakeholders are committed to promote healthy activities in FATA to bring a positive change in the thinking of people and give a message of peace to the world. 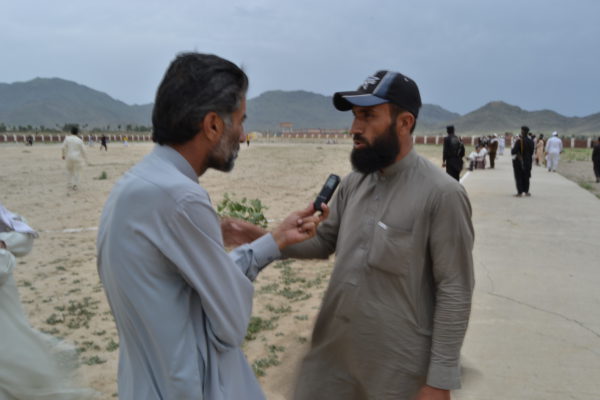 “Our football team recently visited Saudi Arabia and defeated Indian team there. We have national and international level players in cricket, football and other sports in FATA. Irfan Mehsud from South Waziristan has recorded his name in the Guinness book of World Records. The area sports manager has told us that all facilities have been provided to Irfan Mehsud to pursue his dreams. We are committed to provide facilities to all players,” he said.

Muhammad Nawaz said check and balance has also been ensured for fair distribution of resources in sports sector. “Any sportsman who has any problem can directly come to the Sports Directorate and we will do our best to address their problems,” he added.

This article has been taken from TNN programme ‘Da Manzal Pa Lor’ which puts light on the life of TDPs of FATA and efforts about their return process. TNN producers Shan Muhammad and Salman Ahmed prepared this programme which is broadcast from six radio stations of FATA and Khyber Pakhtunkhwa.