In the inaugural matches of tug-of-war, the Buner, Chitral and Malakand teams have won their contests.

The players from Buner district have also won the table tennis tournament that concluded in a single day.

Teams of various sports from seven districts are participating in the sports fair. 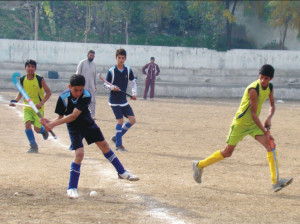