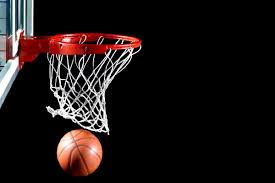 PESHAWAR: Khyber Pakhtunkhwa government to organize Sports festivals at all tribal districts of the province from April 18 till April 25, with the aim to provide divert youth towards healthy activities and search new sports talent.

The Chief Minister was informed on Thursday about the festival here in a meeting in Chief Minister House. He was further informed that additionally, 25 sports grounds will also be constructed at sub-divisional level throughout the newly merged districts under the Quick Impact Projects.

The CM was chairing a meeting regarding the completion of Quick Impact Projects in the newly merged districts should be completed within the set timelines adding that no excuses will be entertained in the delay of these projects.

The Chief Minister further directed the concerned authorities to complete the work on the solarisation of health facilities including THQs, DHQs, and Type-D hospitals by October 2019, adding that the work on solarization of 300 mosques should also be expedited and should be completed by the end of the ongoing year.

Directions were also issued for the recruitment on 2364 vacant positions in schools and colleges of erstwhile FATA should be filled by 30th of June during the ongoing year. The Secretary Local Government to take steps to ensure filling of the vacant positions by the end of June.

The Chief Minister also called for a detailed meeting with the Finance Department to work out modalities in providing interest-free Micro financing facilities under the Insaf Rozgar Scheme for the youth in erstwhile FATA.

“Micro Financing facilities worth Rs 1 Billion will be provided to youth with the aim to put them on the track towards development and progress after decades on uncertainty and instability in the region,” Mehmood Khan.