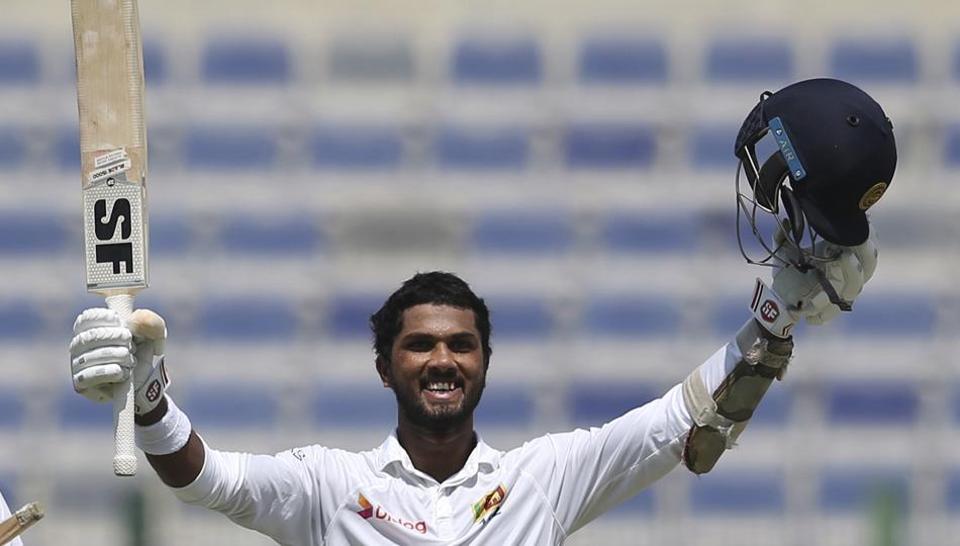 PESHAWAR, 29 September: Sri Lanka were all out for 419 in their first innings on the second day of the first Test match against Pakistan at Sheikh Zayed Stadium in Abu Dhabi on Friday.

Dinesh Chandimal, the Sri Lankan captain, was the top scorer of the inning as he remained unbeaten on 155 off 372 balls. He completed his ninth Test century and first against Pakistan, to steer his side to a good total.

Chandimal added 134 for the fifth wicket with Niroshan Dickwella and later, shared a 92-run partnership for the sixth wicket with Dilruwan Perera.

Apart from Chandimal, Dimuth Karunaratne (93) and Niroshan Dickwella (83) also made useful contributions to the total.

At stumps, Pakistan, while replying to Sri Lanka’s first innings total, reached 64 without losing any wicket as the opening pair Sami Aslam and Shan Masood looked comfortable at the crease.