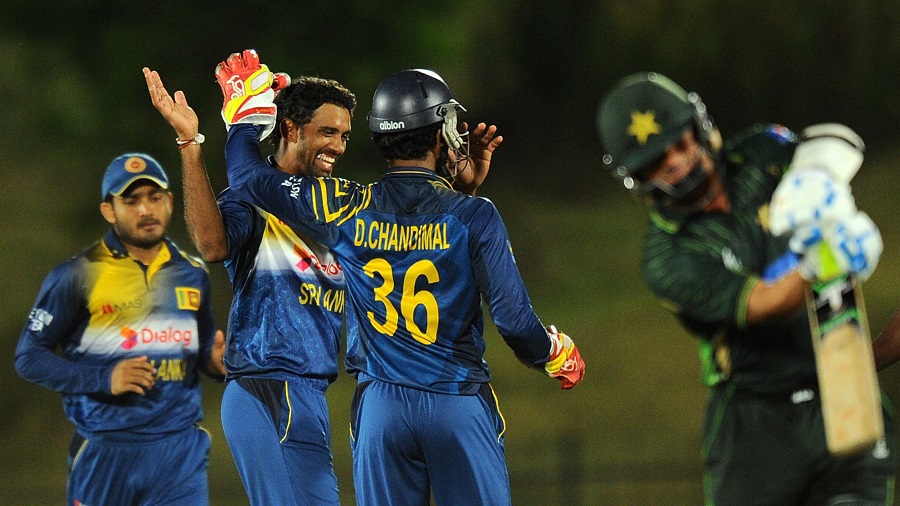 HAMBANTOTA, 27 July: Sri Lanka defeated Pakistan by 165 runs in the fifth and final match of the ODI series in Hambantota on Sunday.

Sri Lanka decided to bat first after winning the toss and scored 368 runs for the loss of four wickets in the allotted 50 overs. Kusal Perera was the top scorer for Sri Lanka who made 116 runs, while Captain Angelo Mathews scored unbeaten 70.

Pakistan will also play two T-20 matches during the Sri Lanka tour. Shahid Khan Afridi will lead Pakistan in T-20s. The first T-20 will be played in Colombo on 30 July.