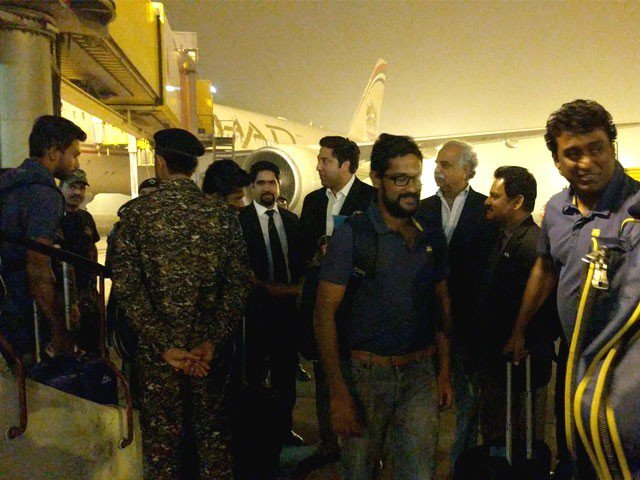 PESHAWAR, 29 October: Sri Lankan cricket team have arrived in Lahore for the final match of the T20 series against Pakistan.

The Pakistan Cricket Board (PCB) officials accorded rousing welcome to the Sri Lankan cricket players at Allama Iqbal International Airport from where they were taken to the team hotel in bullet proof vehicles. Extraordinary security measures have been taken in Lahore ahead of the match to avoid any untoward incident.

The match will begin at 9:00pm (PST) at Gaddafi Stadium. Pakistan have already won the series 2-0.