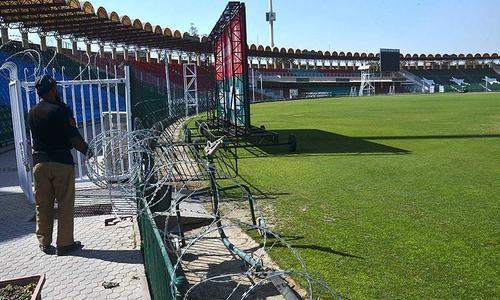 COLOMBO, 22 September: Sri Lanka Cricket (SLC) to send its cricket team to Pakistan for a Twenty20 International next month after more security assessments.

The announcement was made by SLC chief executive Ashley de Silva on Thursday who said that officials would continue to monitor security in Pakistan from the UAE where Sri Lanka was scheduled to play two Test matches, five ODIs and two T20 Internationals against Pakistan at neutral venues.

Sri Lankan player Dinesh Chandimal said sending cricket to Pakistan would be a collective decision by the players that would only happen after more discussions. He said that an official would be sent to Lahore two weeks before the scheduled Oct 29 match before making a final call.

He said Sri Lanka team-mate Thisara Perera, who was part of a World XI team that played in Pakistan this month, had expressed satisfaction on the security arrangements. According to PCB, the third and final T20 is scheduled for Lahore.

The Sri Lankan team bus was attacked in 2009 that killed some Pakistani security officials and wounded two Sri Lankan players.