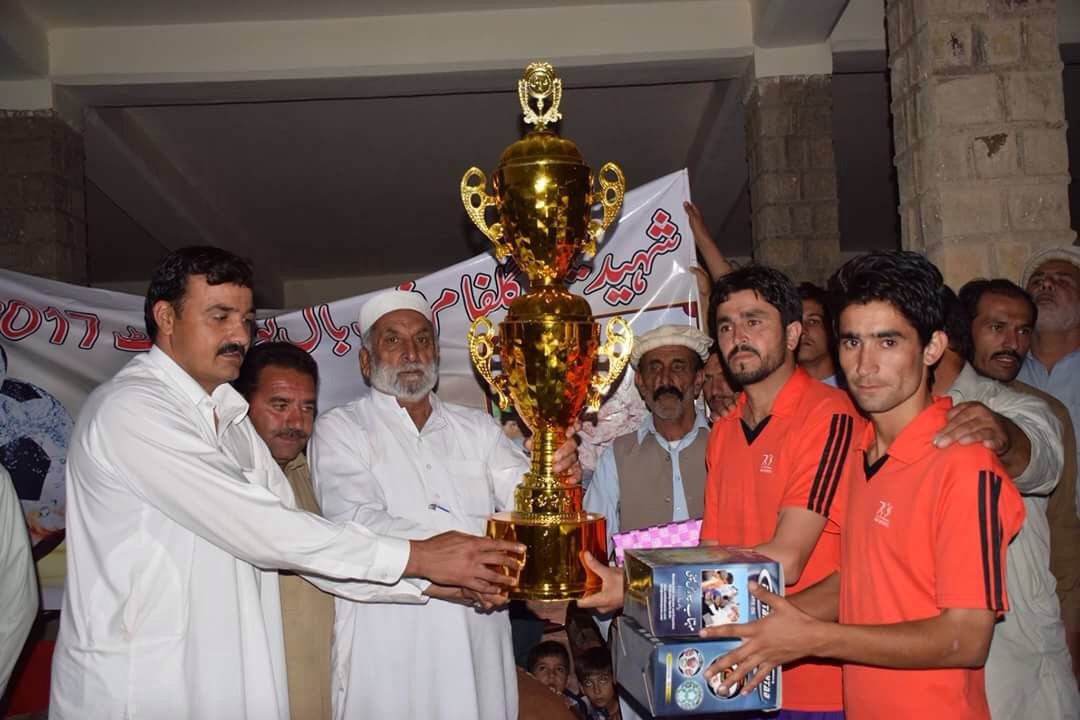 In the final match of the tournament played at Jinnah Stadium on Monday, Stadium Eleven defeated Siddique Eleven 5-3 after a penalty shootout as the score was levelled at the end of scheduled time.

Twenty-four teams from Kurram Agency took part in the tournament. A large number of spectators came to the stadium to watch the match. The spectators said they greatly enjoyed the match.

The tournament was organised to pay tribute to Major Gulfam Shaheed who was martyred in an attack of militants in Tirah, Khyber Agency, last year.