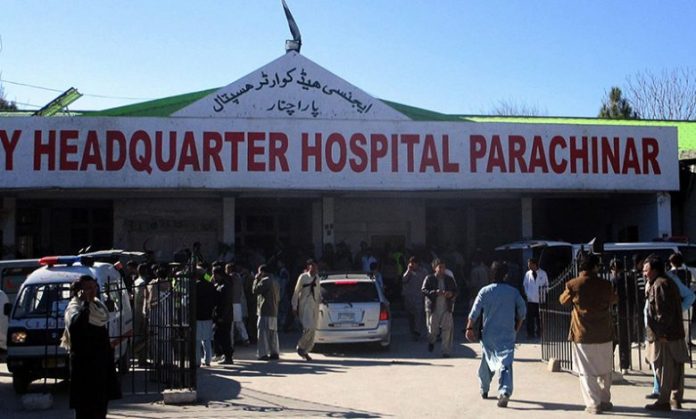 PARACHINAR: As many as 105 vacancies, including that of specialist doctors, have not been filled in District Headquarters Hospital Parachinar, Kurram tribal district, due to which the performance of the hospital is being affected and patients are facing difficulties.

Khyber Pakhtunkhwa Chief Minister Mahmood Khan during his visit to Kurram had announced upgradation of Parachinar Hospital, resolving the problem of doctors shortage, establishment of medical college and release of Rs10 million emergency funds for the hospital amid coronavirus challenge, but all announcements could not take practical shape due to unknown reasons.

The only trauma centre at the hospital is also presenting a deserted look due to non-availability of trained staff. Local elders Haji Jameel Turi, Agha Muzamil Hussain, Mehmood Ali Turi and others said while talking to TNN that the weather in Kurram remains very cold during winter, but no proper arrangements have been made at the gynaecology ward of Parachinar Hospital to keep the women and new-born children warm. They said the situation is same in other wards with critical patients, due to which the patients are dying in hospital at an increasing ratio.

The local notables said minsters during every government visit Parachinar Hospital and make announcements, but practically, nothing was done and the situation of the hospital remained all the same. Due to lack of facilities, patients travel long distances to go to other cities for medical treatment.

Medical Superintendent Dr Abdul Qudus told media that 105 vacancies have not been filled in the hospital which is the main reason behind problems.

The MS said power load-shedding is another big problem. He said different machines remain non-functional during load-shedding and the treatment process of patients is affected. He said there is no oxygen plant in the hospital, and this problem is a big headache. He said the kidney patients also suffer a lot due to lack of nephrology ward and trained staff for dialysis.

Dr Abdul Qudus said there are no facilities for coronavirus patients at the hospital. He said the staff is doing best to serve the patients despite limited resources. He said the problems of hospital can only be overcome if full staff and other basic facilities are provided.