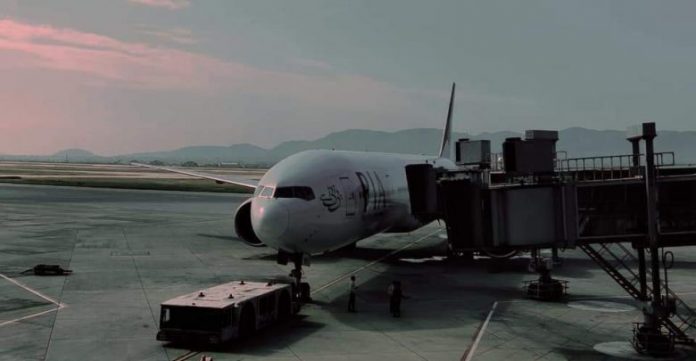 BERLIN: Coronavirus has put the whole humanity to test, particularly those who are stranded abroad and are missing their loved ones in their countries.

The government of Pakistan has announced special flights for bringing back the stranded Pakistanis in Middle East and other parts of the world. However, the prices of the tickets are very high, but the stranded people have no other option, but to buy the expensive tickets.

A plane of the Pakistan International Airlines has reached Frankfurt city of Germany after 15 years. The plane took off from Islamabad International Airport on April 26 and took 413 people, including the crew members, to Frankfurt. People belonging to different walks of life had to buy tickets on exorbitant rates to board the plane to get out of Pakistan and reach Germany. Most of those who landed in Frankfurt included German citizens, Pakistani students, different families and people on job in Germany. However, the same flight brought back only 50 people from Germany.

Most of the passengers criticised the PIA for exorbitant rates of tickets, saying that the national flag carrier worries more about profit than the passengers even during the emergency times. They said the tickets were sold at about 50 to 70 percent higher prices than the normal rates, which is unjust.

Many other people preferred not to buy expensive tickets, saying that the German government has extended duration of their visas and they will travel once the situation gets normal.

On the other hand, the passengers arriving in Islamabad from Germany complained that they were not provided any facility by the PIA despite the dangerous situation posed by the coronavirus spreading. They said no proper arrangements were made for precautionary measures to protect the passengers from the virus. They said no proper checking was done at the airport, nor anyone emphasised on adoption of precautionary measures.

At Frankfurt Airport, the passengers who landed in the PIA plane were asked by the German Immigration officials to stay at home in isolation for 15 days. They were also advised to contact the family doctors or go to nearby hospital in case of any health problem.