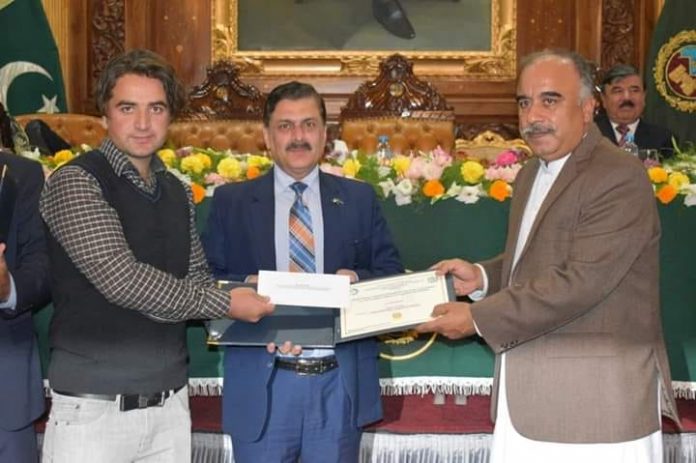 KHAR: A student from Bajaur tribal district has got first position in a speech contest at Abul Wali Khan University Mardan (AWKUM).

The contest was titled corruption implications and ways to control this menace. It was organised by the AWKUM university on advice of KP Governor Shah Farman in order to sensitize students on corruption. Students from all the universities took part in the contest.

Abrarul Haq, a student from Bajaur tribal district, got first position in the speech.  The judges and the audience appreciated his comprehensive and well directed speech. Later, the governor congratulated him on his achievement and subsequently awarded him with certificate.

Abrar told media that he was very happy over his achievement. He said he will continue to work hard to bring good name for his family and the region.