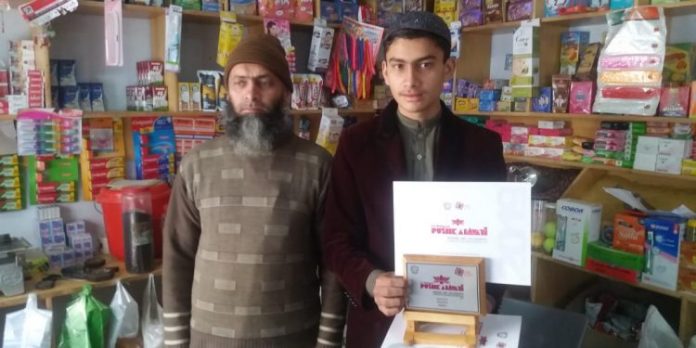 CHARSADDA: A student of eighth grade from Khyber tribal district, Muhammad Asim has got prominent position in the first National Pushkalavati Painting and Calligraphy Exhibition.

Over 2,000 paintings and calligraphy of students from Pakistan, Saudi Arabia, India, Bangladesh and Canada were put on display at the exhibition at Abdul Wali Khan University, Charsadda on Tuesday.

Muhammad Asim, who is a student of eighth grade at a private school in Khyber tribal district, said while talking to TNN that about 300 students got different prizes in the competitions. He said he got 15th position, shield, certificate and cash prize.

Muhammad Asim said Abdul Wali Khan University Charsadda campus had asked the painters to submit their paintings and calligraphy by the end of January. He said he had submitted his two pieces of calligraphy on the names of Almighty Allah and the Holy Prophet (Peace Be Upon Him) to the university for the competition.

Muhammad Asim is a Hafiz-e-Quran and he also helps his father who runs a general store. He said he had off from school and madrassa on Friday and Sunday. During these two days, he goes to the shop of his father and helps him serve the customers. He said it is difficult to spare time for calligraphy due to busy life, but his passion for the art keeps him upbeat and he practices calligraphy whenever he gets time. He aims to continue his passion for art and calligraphy along with completing his education. He enjoys full support of his family for carrying forward his art.