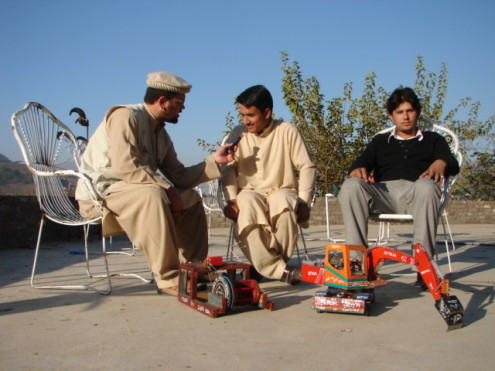 MINGORA, November 18: A student of higher secondary classes, Mr Javed Iqbal, has invented a power generator that functions with the help of water and air and can generate electricity up to 12 volts.

Mr Iqbal, a student of the engineering group, said he had been thinking to invent a device that could generate electricity because the country has been facing worst energy crises.

Two months ago, he had also constructed functioning model of a water-run excavator out of discarded syringes and wood planks, and it could lift weight up to 2 kilograms. He said the idea came to his mind when excavators were brought to his region following the 2010 floods.

Mr Iqbal said he was determined to inventing more unique machines in the days to come, but that he was financially too weak to afford the expenses needed for such activities.