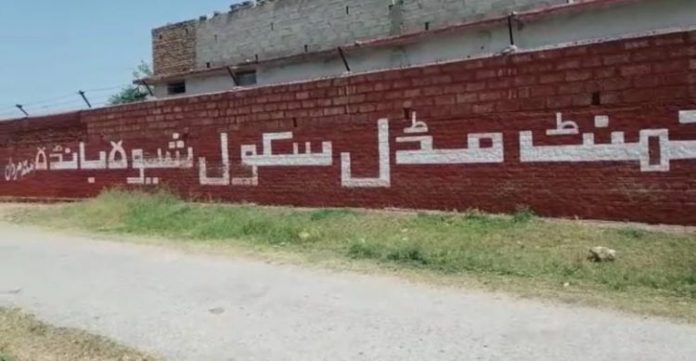 MARDAN: Students in a government school in Katlang area of Mardan have accused a schoolteacher of sexual harassment.

The students of Government Middle School Shewa Banda Mardan have alleged that a teacher, Jameel used to gather some students around him and indulged into improper acts. A student told TNN on condition of anonymity that Jameel was a geography and history teacher at the school. He said the teacher was indulging in improper acts with student since long, but the students did not reveal it out of fear of social implications.

However, the students have finally gathered courage to tell their parents about the improper attitude of the teacher. A large number of parents went to the school on Monday and registered complaint with the headmaster against the schoolteacher. The headmaster assured the parents that he will write a letter to the Education Department for inquiry against the accused teacher. He said the teacher will not escape punishment if found guilty. He said teachers indulging in such acts will be awarded exemplary punishments so that no one dares to harass the students.

A contingent of policemen also reached the spot immediately to avoid happening of any untoward incident. The parents of the students dispersed peacefully after the assurance of the headmaster.

Deputy District Education Officer (DDEO) Abzar said he has summoned the headmaster and schoolteacher to his office for explanation. He said strict action will be taken against the accused teacher if the allegations against them were proved.

Meanwhile, two persons were injured when roof of a house collapsed due to strong wind in Mardan on Monday night.

The injured were identified as eight-year-old Akhtar Zeb and 18-year-old Sajjad. The injured were immediately taken to Mardan Medical Complex by the local people. Sources said the condition of one of the injured was critical. The winds also badly damaged trees and fruit orchards.

Boundary walls of several houses also collapsed due to strong winds and rain. Power supply was disconnected to most of the areas as many trees were uprooted and power supply system was damaged. Fortunately, no life loss was reported from Mardan district.