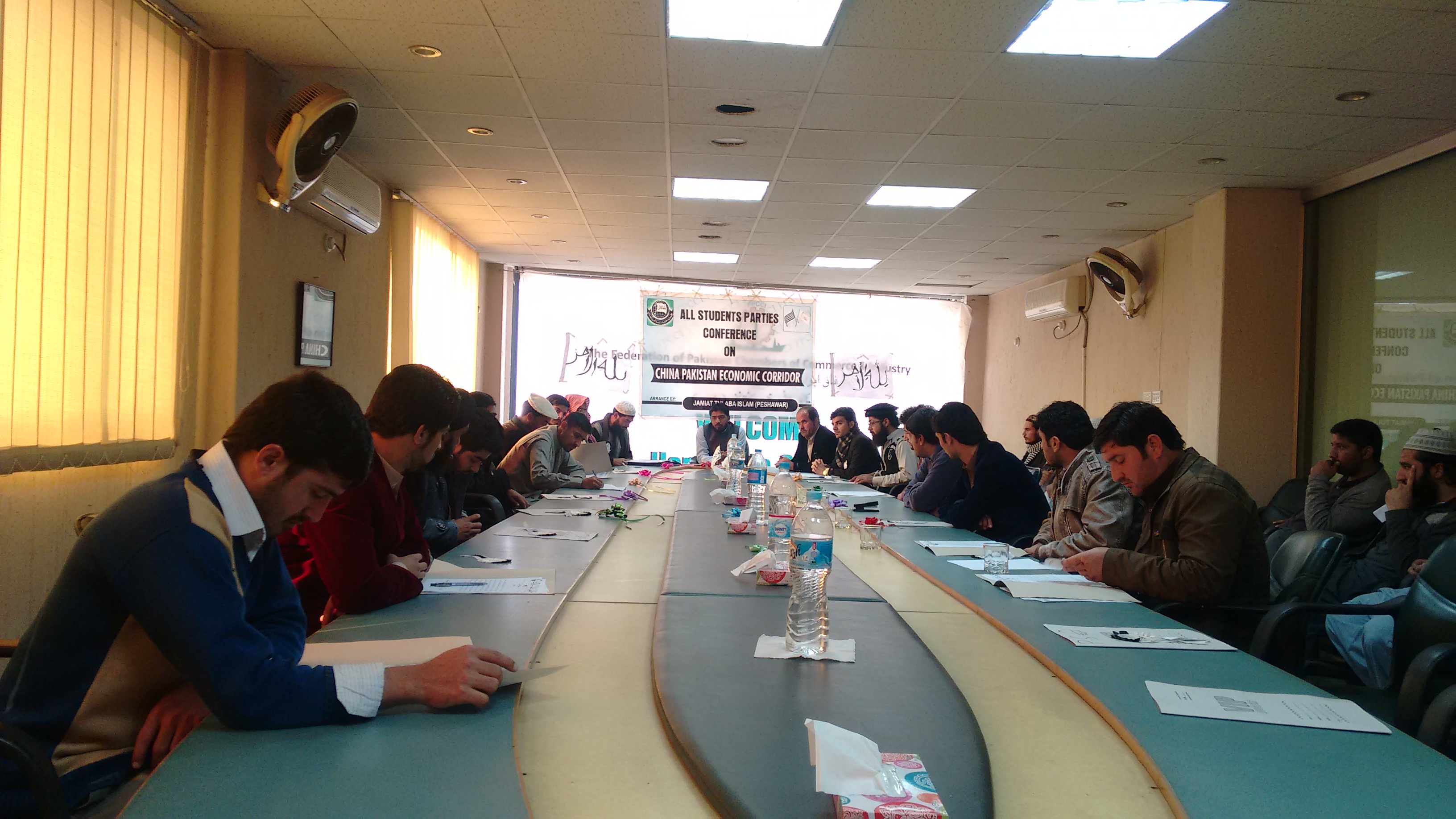 PESHAWAR, 14 January: A students’ All Parties Conference on Thursday here asked the federal government to give proper share to the militancy-torn Khyber Pakhtunkhwa in the China-Pakistan Economic Corridor (CPEC) and immediately start work on the western route of the corridor.

The APC was convened by Jamiat-e-Talba Islami (JTI), a student wing of Jamiat-e-Ulema Islam (JUI) and was attended by representatives from different students’ organizations.

The students expressed resentment over the alleged changes in the corridor route and demanded of the government to start work on the western route as proposed in May-28 APC and include all necessary projects such as oil and gas pipeline, power plants, railway track, fiber optic and industrial zones on the route.

The conference further demanded that reservations of Khyber Pakhtunkhwa regarding the CPEC project should be addressed otherwise the people of the province would be compel to launch protest against the federal government.