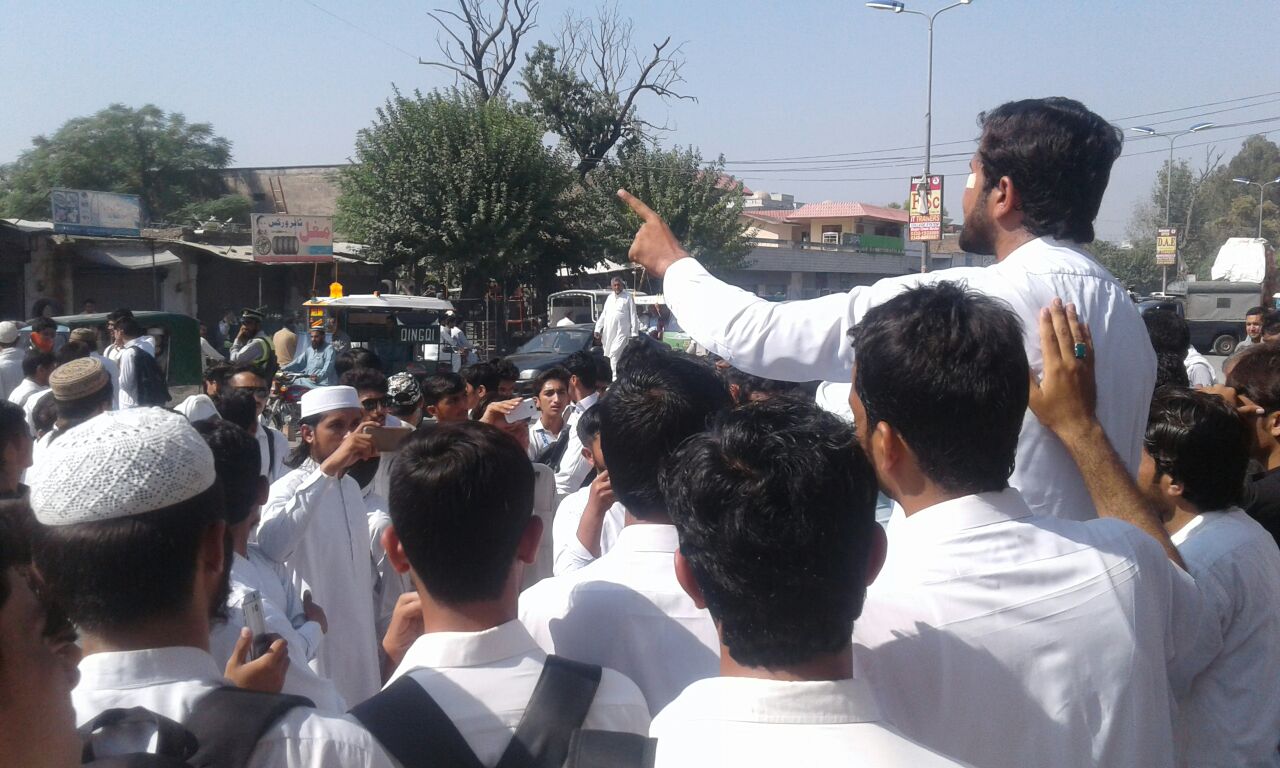 MARDAN, September 19: Students of Mardan Postgraduate College on Tuesday staged a demonstration against allocating college premises to university and demanded to vacate the building it has occupied.

The students staged the demonstration outside Mardan Press Club and chanted slogans against the government for allocating the land to university.

They said that so far the university has yet to get its own building while the college was facing shortage of classrooms.

They said that due to shortage of classrooms, the college didn’t entertained hundreds of admission applications this year.