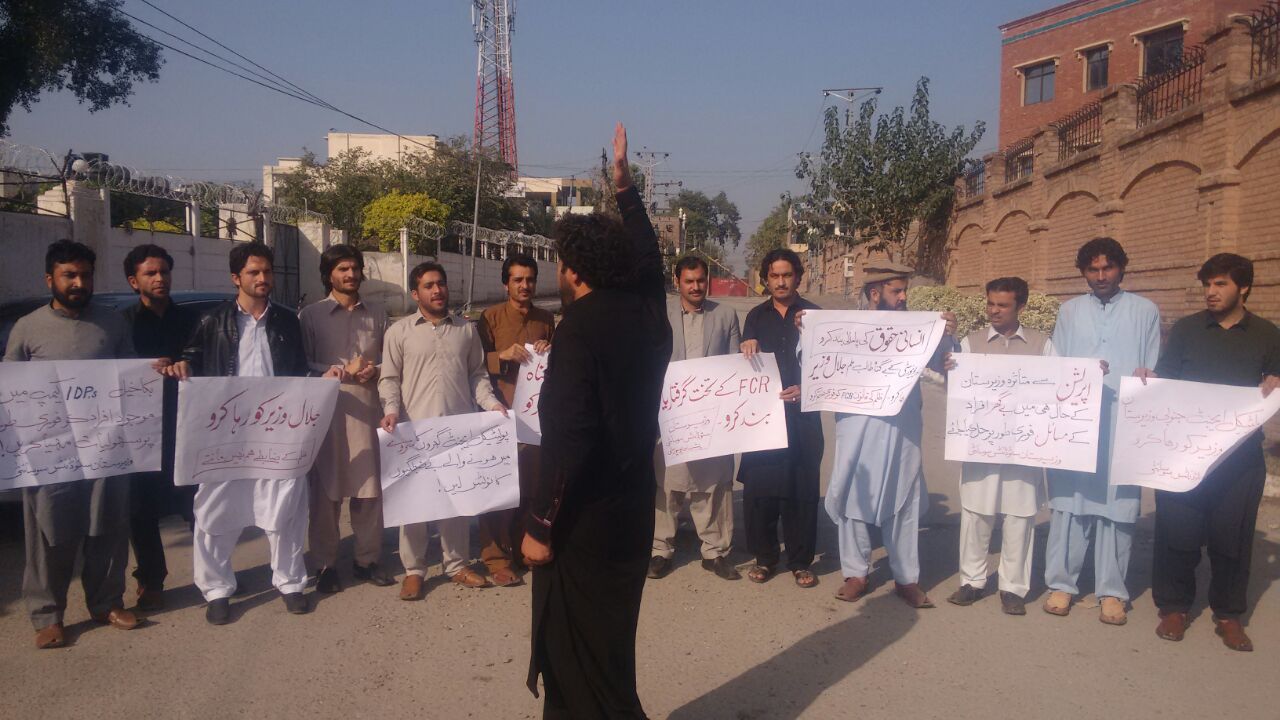 PESHAWAR: Students union of South Waziristan Agency on Friday staged protest demonstration against the arrest of a student of the University of Peshawar by the political administration under Frontier Crimes Regulation and demanded to release him immediately.

Activists of Waziristan Students Society gathered outside Peshawar Press Club and staged a demonstration. They were holding placards and banners and chanted slogans against the political administration.

The protesters said that the administration had arrested Malak Jalal Wazir over a dispute four months ago who was still behind the bar.

They said that the administration had fined tribe of the arrested student Rs6 million which has also been paid. “The administration has released 50 persons arrested but was not willing to release Malak Jalal due to unknown reasons,” said Malak Anwar. They vowed to continue their strike till the student was released.