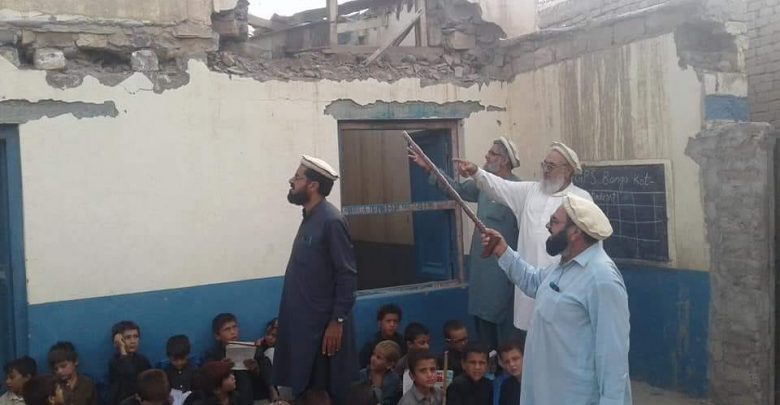 The school located in Bangkot area of Shawa tehsil was blown up by militants to push children of the nation into shadows of darkness. Though peace has been restored to the area with children and their teachers regularly taking classes but there is no classroom in the school where they could take shelter from rain, scorching heat and chilling cold of winter.

There was a veranda in the school that was demolished for reconstruction, locals said, adding that demolition of veranda exposed the only room to rains which also demolished after sometime.

There are around 180 students in the school who have no shelter to protect from heat.

Officials at the district education department said that Rs0.8 million have been approved for the school but the fund has not been issued thus far.

They said that a list of damaged schools was sent to Fata Secretariat and was requested its reconstruction but authorities concerned approved no fund.

Militants had blown up around 146 schools in North Waziristan during militancy, the officials said. Besides, around 5000 schools were affected during militancy of which 4100 have been restored while 900 still need to be reconstructed and made functional.