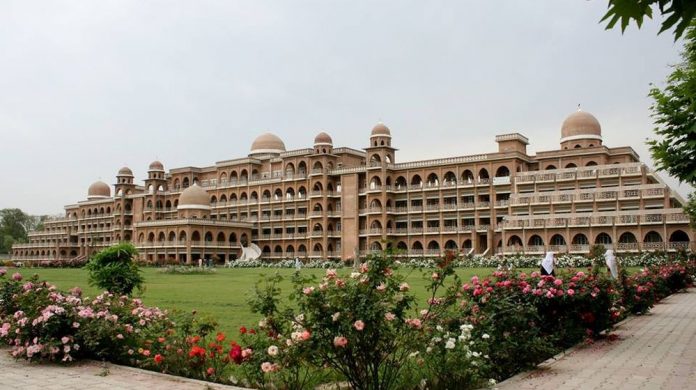 PESHAWAR: The University of Peshawar (UoP) through an announcement has made the students bound to wear ‘decent’ clothes.

The university administration in a notification has directed the students to follow the new dress code and wear their identity cards all times while in university. According to the instructions, women must wear white shalwar with kameez of their own choice, while men should wear “decent/modest” clothes. However, the term decent or modest has not been explained further.

Zona Javed, a student of Mass Communication Department of UoP, said while talking to TNN that she supports the decision of the university administration.

“The first thing for a student is to look like a student. Our society gives respect to women who observe pardah. This decision will promote harmony within the university students,” she said.

Earlier in January, the Hazara University in Mansehra told women to wear shalwar kameez, along with a dupatta, chaddar, or abaya. Heavy make-up, jewellery, and expensive handbags were banned under the new rules. Men were told to wear either formal eastern or western attire. Students cannot wear cut, torn, or skin-fitted jeans, shorts, slippers, and accessories like earrings and chains. The varsity made simple, formal hair and beard styles mandatory.

The KP government says the universities are independent in making decision about dress code.