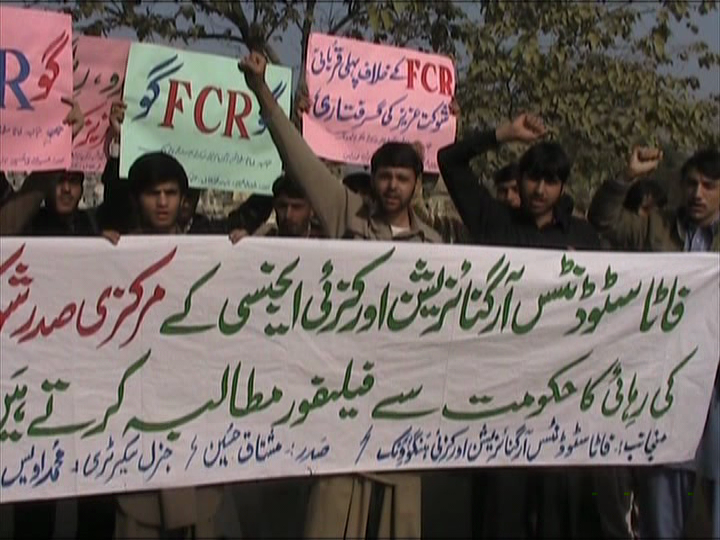 PESHAWAR/HANGU, 11 December: The Fata Students’ Organization (FSO) extended their protest to other districts of the Khyber Pakhtunkhwa against the detention of its president Shaukat Aziz.

The students staged two separate demonstrations in Peshawar and Hangu on Sunday against the district administration of the provincial capital for detaining the students’ leader without any lawful charges.

The students gathered outside the Peshawar press club on the second consecutive day and organized a protest camp. They announced to continue the protest till the release of their president.

Meanwhile, tribal students affiliated with FSO also staged a protest demonstration outside the Hangu press club. They chanted slogans against FCR and the deputy commissioner Peshawar.

They demanded the earlier release of Shaukat Aziz and threatened to besiege DC Peshawar office if Aziz was not released.

It merits recalling here that Shaukat Aziz was arrested by the district administration Peshawar under 3-MPO (Maintenance of Public Order) for chanting slogans against tribal elders and FCR during a jirga convened by the Safron Ministry.