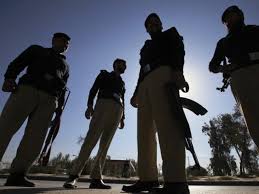 Talking the body of Qaisar Shah to Kohat Road, the protestors blocked the road for around three hours, demanding action against the policemen involved in his killing.

Later, the demonstrators dispersed after Senior Superintendent Police (Rural) Shakir Bangash ensured them that legal action would be taken against the station house officer concerned.

However, the police concerned said that Shah was trying to enter the police station showing fake police card. He was also having a gun with him, police alleged, adding that he was asked to stop entering the police station but he did not. On this on-duty policeman opened fire on him.

Justification of women’s maltreatment during Ramazan is even more troublesome