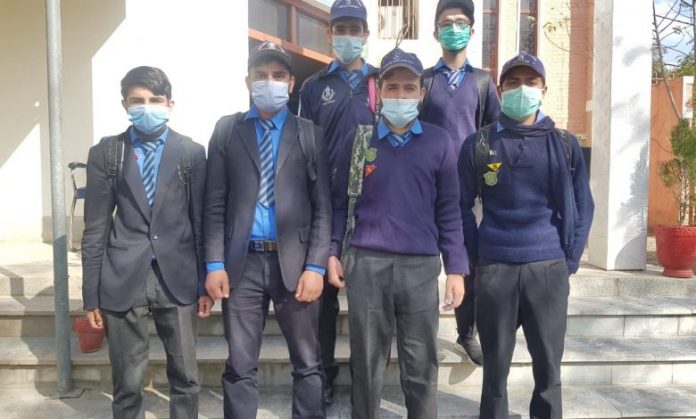 GHALLANAI: The students of Governor Model School in Ghallanai, headquarters of Mohmand tribal district, have threatened to boycott their classes if their classes were not resumed immediately.

The students have also warned to launch protests on roads if the problem remained unresolved. The students of Governor Model School said while talking to media representatives at Mohmand Press Club on Wednesday that the teachers of the school have boycotted classes for the last one week and they have not attended even a single class since then due to which their precious time is being wasted.

The students said their studies were earlier impacted by closure of the school due to coronavirus pandemic and now the issue of pending salaries of teaching staff has hindered their studies. They said they need to make extensive preparation for the upcoming board exams in March to make up for the lost time during the lockdown, but the school closure has further complicated their problems. They said they will be left with no other option but to hold protests on roads if their problem was not resolved immediately.

The salaries of teachers of Governor Model School have not been paid for the last six months. They are on strike for the last one week and demanding payment of all salaries. The teaching staff is of the view that they had no other source of income and stoppage of their salaries have brought countless problems for them and their families. They said it is impossible for them to make ends meet without salary in this era of high inflation. The teachers have made it clear that their boycott of classes will continue till payment of all pending salaries.

Hundreds of students from Nawagai and Safi sub-divisions are enrolled in Governor Model School. The school was formally regularised after merger of erstwhile Fata with Khyber Pakhtunkhwa. Despite regulation, the Education Department has not paid the salaries to teaching staff due to which they are facing a lot of difficulties.

The local elders at a recent Jirga said the future of the school students will become uncertain if the teachers left the job due to non-payment of salaries. They said teachers cannot fully concentrate on teaching properly to students amid economic problems due to non-payment of salaries. The tribal elders called upon the government to pay salaries to the teachers.