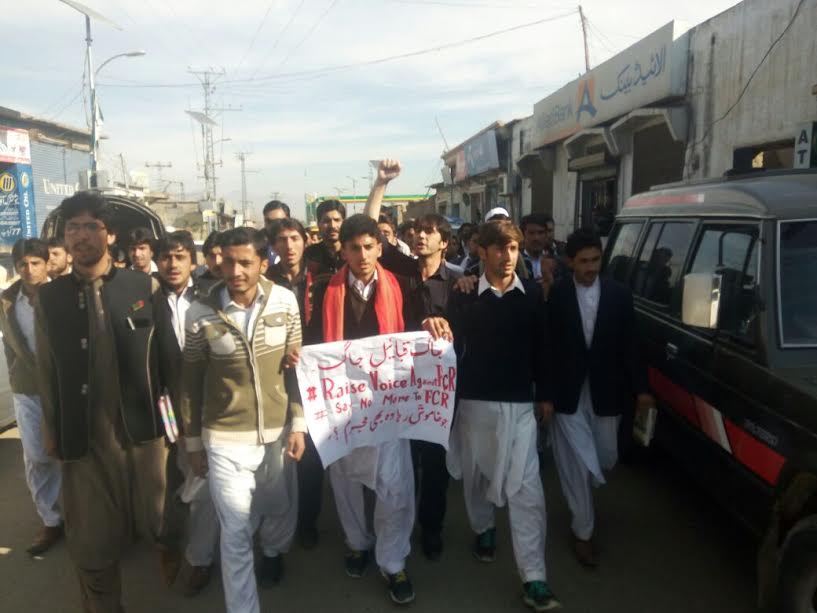 KHAR, 14 December: Students of different educational institutions under the banner of Fata Students Organization staged a protest demonstration against FCR in Khar bazaar here on Wednesday.

The students were chanting slogans against the British era law and demanding of the government to immediately repeal it and merger Fata into Khyber Pakhtunkhwa.

According to the protesters, FCR was the root cause of every problem in Fata. They said the people of Fata had been kept deprive of their basic rights including education, health and social development due to the FCR.

They also demanded the immediate release of the organization’s president Shaukat Aziz, who has been detained by the district administration of Peshawar under section 3 of the Maintenance of Public Order (MPO).

He threatened that if Shaukat Aziz was not released, they would hold protest demonstrations outside the Fata secretariat.