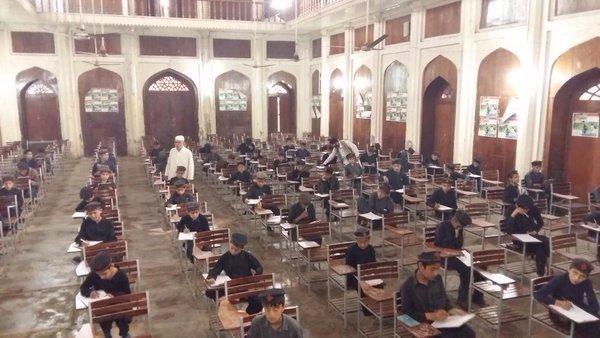 SADA, 20 March: Large number of students of private educational institutions on Monday staged a protest demonstration as they did not receive their roll number slips for the ongoing Secondary School Certificate (SSC) examinations.

The protesting students blocked the road for a while however they were forcefully dispersed by the levies personnel. A number of students also got injured as they were baton charged.

The students informed that they had deposited required fees for the examinations of 9th and 10th with the administration of Kohistan Public School. When they did not receive their roll number slips, they inquired about the matter from the Board of Intermediate and Secondary Education (BISE) Kohat, where they were told that the school administration had not sent the forms of 60 students to the board.

The protesters demanded of the government to take action against the school administration for wasting their precious year. They also demanded that special arrangements be made for them to reappear in the exams so that their academic year could not be wasted.

On the other hand, principal of the school said that these students could not pass the pre-board detention examinations and that the administration did not take examinations fees from them.

However, some insiders said that the administration of the school had lost the examination forms of these students and were submitted with the board.