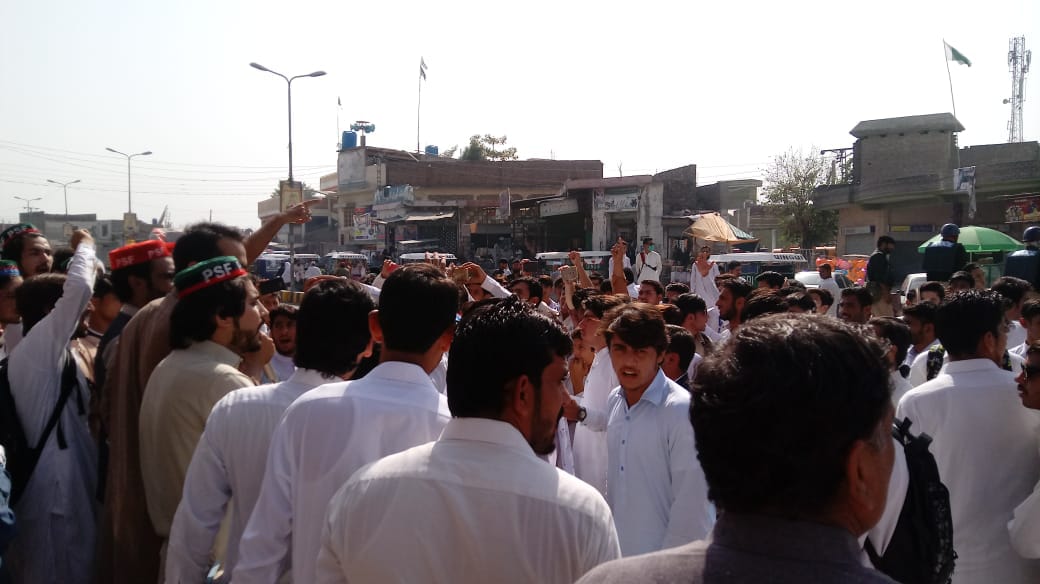 SWABI: Students in Swabi and Mardan on Friday held protest demonstrations against torture and arrest of the students of the University of Peshawar on Thursday.

In Swabi, the protest was organised by Pakhtun Students Federation (PSF) in front of the Government Post Graduate College which was participated by hundreds of students who chanted slogans against the administration of the University of Peshawar.

The protesting students condemned the university administration and provincial government for torturing the students who were protesting against increase in fees. They said the provincial government is making tall claims about promotion of education, but its claims were exposed when students were brutally tortured on the university premises. They appealed to the Chief Justice of Pakistan to take suo motu notice of the matter.

The students dispersed peacefully after lodging protest for an hour.

In Mardan, the Muttahida Talaba Mahaz, a student’s body, staged protest outside the press club against torture on the Peshawar University students.

They demanded action against those responsible for torture on the students.