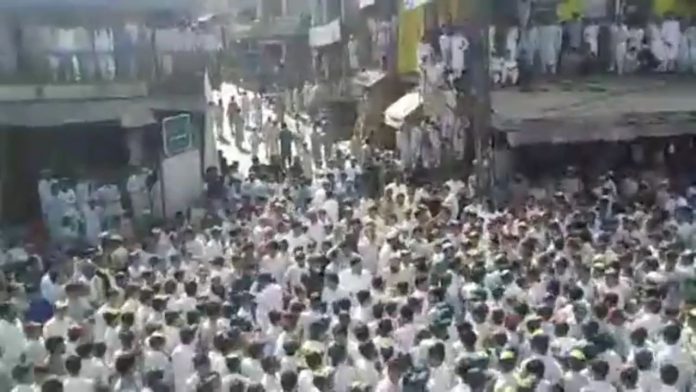 UPPER DIR: The students of government schools on Tuesday staged a massive protest demonstration against prolonged and unscheduled power load-shedding.

The protesting students blocked Dir-Peshawar Road for some time and chanted slogans against the district administration and Wapda. The local traders and other people also joined the protest against excessive power load-shedding.

The protesters said power load-shedding of 15 to 20 hours is being carried out in Upper Dir in hot summer due to which the people of the area are facing many difficulties. The protesters dispersed peacefully after the administration officials assured them that their grievances will be conveyed to the concerned authorities.

A tender has also been approved for upgradation of Chakyatan grid station. However, work on the upgradation has not been initiated yet.

The government is of the view that power load-shedding is carried out in areas where electricity is stolen. The areas where there is no power theft face minimum outages.

There was some respite in load-shedding during Eid days as pledged by the government, but now outages have resumed in many areas and people are facing trouble without electricity in hot weather.

A man was killed in Nowshera over resisting a robbery bid on Tuesday night.

Police said robbers entered a house in Mughalki area on Tuesday night. The head of the family offered stiff resistance during the robbery bid and the robbers opened fire on him due to which he was critically injured. The robbers escaped from the house after the incident.

The head of the family succumbed to his injuries while being shifted to hospital. The body was handed over to the family after post mortem at District Headquarters Hospital.

The local people staged a protest demonstration against the incident and blocked Misri Banda-Jehangira Road.