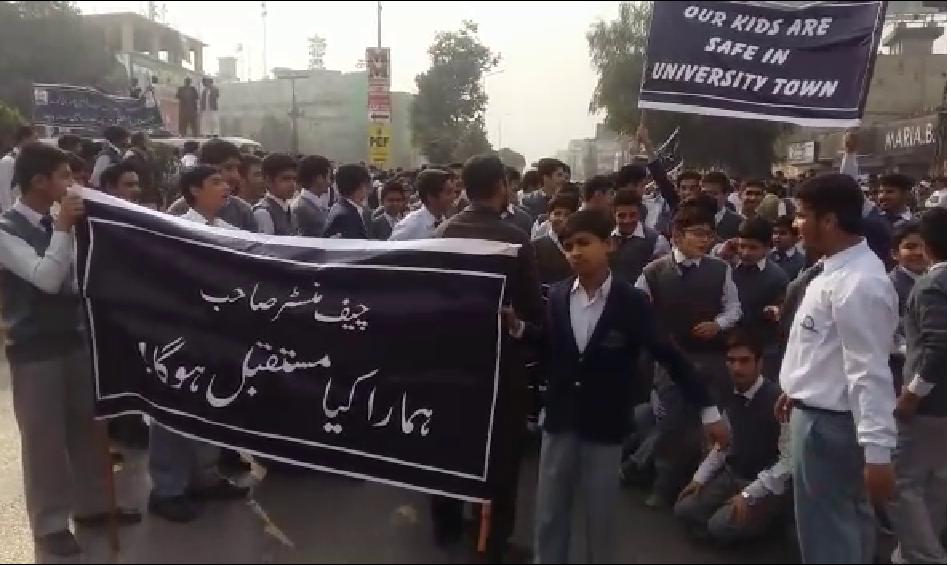 PESHAWAR, 24 November: Teaching staff and students of private educational institutions being operated in the University town on Thursday protested against the government’s move to close down private schools in the town.

The protesting teachers and students blocked the main university road and chanted slogans against the provincial and district governments.

They were of the view that the future of more than 40,000 students was at stake as the government had closed down private educational institutions in the township.

They demanded from the government to withdraw the decision and reopen all the school and colleges so that students could resume their education. They threaten to expand their protest to the whole province if their demands were not met.

A student Irfan while talking to TNN expressed resentment over the government’s decision and said studies of large number of students were being disrupted. He said the government should serve the managements of these institutions with prior notices so that they could arrange alternate locations for the students.