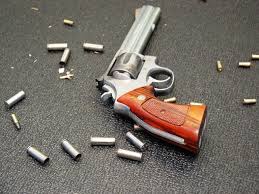 PESHAWAR, 30 August: A sub-inspector of a sensitive organisation has been shot dead in Chughalpura area of Peshawar.

Police said Sub-Inspector Iftikhar Khattak was going home after Maghrib prayers from mosque when he was shot dead by unidentified armed men in the jurisdictions of Chamkani Police Station. Security personnel reached the spot after the incident and started search operation.

The body was taken to the hospital for post mortem.