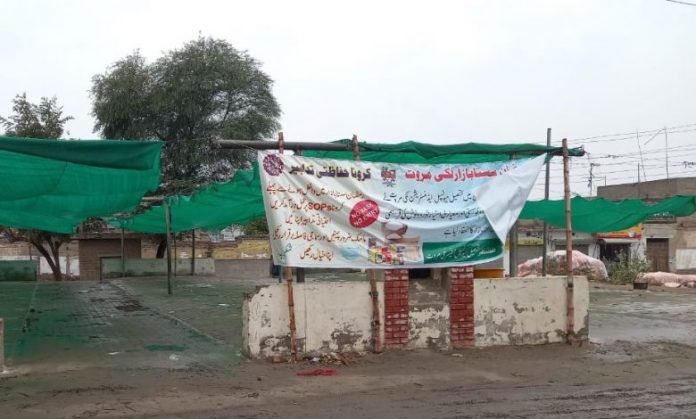 LAKKI MARWAT: The availability of subsidised sugar in the markets of Lakki Marwat with the start of the holy month of Ramazan has become almost impossible.

The citizens in the district are of the view that sugar mafia has again succeeded, while the district administration has increased the official rate of sugar from Rs84 per kg to Rs85 per kg.

In the open market, sugar is being sold from Rs100 to Rs105 per kg. After seeing the incompetence of the district administration to ensure availability of sugar at prescribed rates, the Food Department has also allegedly started cashing the situation. The meat of chicken is being sold at Rs450 per kg. The local people said lemon is also being sold at double rate than the official price list.

The citizens said while talking to journalists that the performance of the district administration has been confined to media statements, Facebook posts and photo sessions. They said the district food controller and price magistrate are missing from action and not seen in the market since long. They said the shopkeepers are receiving rates of their own choice from consumers. They said profiteering and artificial price-hike is prevailing, and no one is there to make people involved in such practices accountable. They said the government machinery has been failed to provide relief to people in Ramazan.

The citizens said the yogurt and milk sellers have also increased prices even before the start of Ramazan and they are now fleecing the consumers. During Sehr and Iftar, milk, yogurt, sugar etc. are essential items in almost every household and keeping in view the massive demand of these items, the shopkeepers are also fleecing the consumers with impunity.

People of Lakki Marwat have demanded Commissioner Bannu to take notice of the issue and make sure sale of all food items according to government price list. They have also demanded action against the district administration of Lakki Marwat for not performing its duty. They said it has become difficult for a common man to arrange food for family in this era of high inflation and they are also deprived of relief during Ramazan.