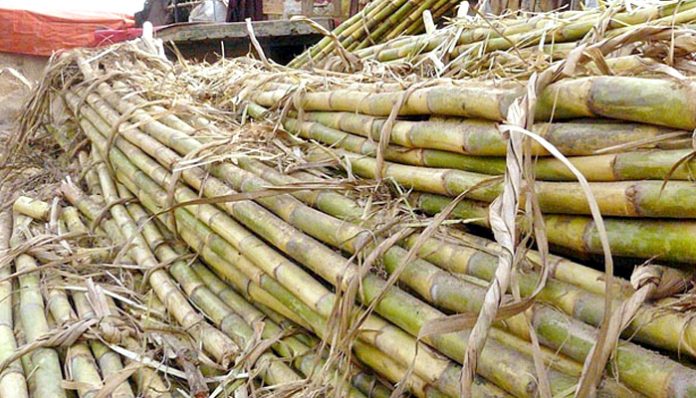 PESHAWAR: Due to short supply of sugarcane, sugar mills in Khyber Pakhtunkhwa are on the verge of closure. Experts say the increasing production of gur (brown sugar) and good prices, constructions on agricultural lands and non-payment of suitable prices by the government to sugarcane owners are some of the main reasons behind this situation.

Manager Khazana Sugar Mills Peshawar Taleh Mand said eight sugar mills were functional earlier in KP, but now the mills of Charsadda and Takht Bhai have been closed due to low supply of sugarcane. He feared that Khazana Sugar Mills and Premier Sugar Mills will also close if the situation remains the same, which will render thousands of workers jobless.

Taleh Mand said many farmers in KP prefer making gur from sugarcane which is more beneficial than selling it to sugar mills. He said the problem of low sugarcane supply is continuing for the last two years, and if the situation remains the same, then Khazana Sugar Mill may also close. He asked how can the mill give salaries and other incentives to workers if it is not receiving sugarcane.

Taleh said the government has fixed Rs600 per maund price of sugarcane, while the mills are paying Rs261 per maund to farmers, but still the farmers prefer making gur.

Farmers are of the opinion that they prefer making gur as its price is better than sugar. Gul Sher, a farmer, said they get at least Rs400 per maund from making gur, but only get Rs200 from sugar mills. He said farmers will only provide sugarcane to mills if its price is increased as they cannot afford to sell it on existing rate.

Barkat Khan, Director Research Institute of Sugar, Mardan, said the government must frame a policy to save agricultural lands from constructions and avoid food shortage in future. He said the research centre in Mardan has discovered 12 types of sugarcane according to local climate. He said decline has been witnessed in sugarcane production in KP from 2005 onwards.

Agriculture expert Dr Barkat Khan said cultivable land is reducing in KP rapidly with construction of roads and housing societies. To cite and example, he said 30 acres land, which was previously used for sugarcane cultivation, has been allocated for establishment of a girls college in Mardan.

Barkat Khan said sometimes the farmers grow sugarcane and depend on personal experience instead of modern methods, and in case of no desired results, they switch to other crops.

TNN tried to take version of KP Minister Atif Khan regarding difficulties of farmers, but he was not available for comment.