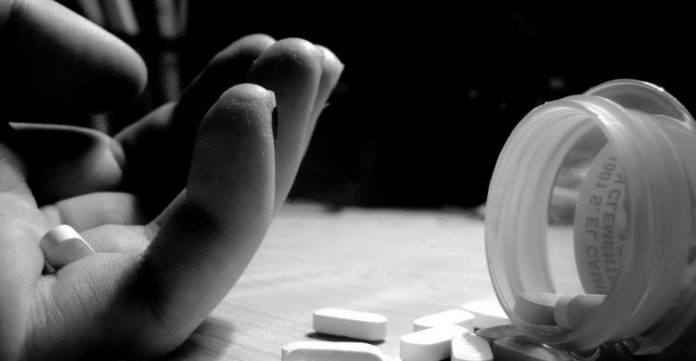 Local sources said a 16-year-old girl has committed suicide in Bagan area of Lower Kurram by consuming poisonous pills. The sources said the parents of the girl wanted to marry her to her cousin against her consent. It has emerged that the boy’s parents also wanted the marriage to go ahead. Sources said the girl’s brother had already divorced his wife who was a cousin. The girl feared that she might also be divorced by her cousin after marriage to avenge the divorce of his sister.

The sources said the cousin used to tell the girl that he would divorce her after marriage to avenge the divorce of his sister. Unable to handle the stress and depression, the girl ended her life.

When Moharrar (in-charge) of Bagan check post was contacted to know about the issue, he showed complete ignorance about the incident.

In a separate incident, a 19-year-old girl committed suicide reportedly due to the attitude of the in-laws.

The sources said the girl was married off one and a half years ago, but she always remained stressful as she could not adjust in the house of in-laws. The girl eventually took her life by shooting herself with a rifle. However, doubts are being expressed about the suicide incident as the size of the rifle was quite large and it is strange that the girl has shot herself in her belly.

According to official report, the girl’s parents haven’t showed doubt on anyone. The parents have been given time to thoroughly deliberate the matter and report the case if they have doubt on anyone that their daughter has been murdered.

Social circles in the area say there is lack of consciousness and awareness among most of the people and they use the obsolete and cruel methods to suppress the women. They said forced marriages and problems for women after marriage are very common issues in the merged districts and women are also not given right to take divorce if they are unhappy after marriage. They said if somehow a woman takes divorce, then she is not allowed to enter second marriage according to her will. They said patriarchal set up continues to prevail in merged districts and women empowerment is still a far cry.