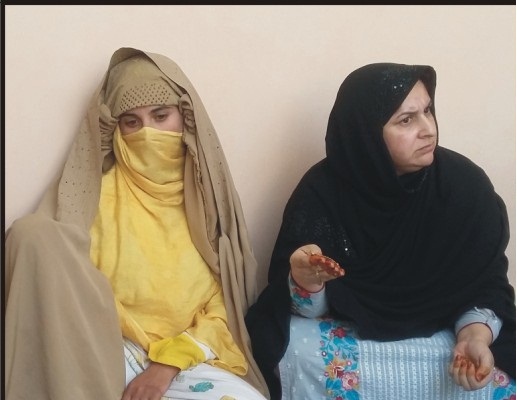 By Rafiullah and Salman Ahmad
SWAT, 30 March: The acts of reported suicides among women in scenic Swat valley of Khyber Pakhtunkhwa have witnessed a sharp increase over the last few years.

According to official records of police and data compiled by rights organizations, the practice of self-annihilation in the valley has reached to an alarming level particularly among womenfolk.
The data collected by this scribe shows that as many as 370 women have committed suicides during the last three years in Swat.

Tabassum Adnan, who runs a social organization – Da Khwendo Jirga – says that the number of suicide cases are increasing every year. “The main reason behind increase in suicide cases is probably our culture. In Pakhtun society, girls are usually wed without their consent. They opt for suicide when they are not happy in their post-marriage relations with husband and in-laws,” Tabassum observes.

“Not only the in-laws of these girls are responsible for their deaths but the families that force their daughters into blind marriages are equally accountable,” she says. 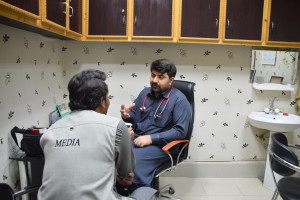 “Before the surge of militancy and the military operations, acts of suicides were very rare among the people of KP. Earlier, the ratio was hardly 2% but now it has mounted to 5%”, he observes and adds that that majority of the cases are reported in Swat district followed by the southern parts of the province including Kohat, Bannu, DI Khan and the tribal agencies of Waziristan. He says that the number of women is bigger than that of men in such cases.

“In majority cases we have reported so far from Swat, the committers are female and they are aged between 18 years to 30 years,” says the doctor.

Dr. Jamal understands that post-marriage breakup is one of the main reasons of the high rates of suicide among womenfolk. “In 2009 when the people of Swat were dislocated from their homes due to the military operation and they migrated to other cities, they mixed up with people of the host districts and enjoyed more freedom while interacting with host families and cities than their hometowns in Swat. Some of the Swati girls while breaking the stereotypes, married at their own sweet will despite opposition from their families. But when they develop differences with their spouses and in-laws and find no way back to home, they find it easiest way to commit suicide,” the doctor explains.

He maintains that low-grade dramas run on cable TV channels and CDs also contributed to frustrations among women. “This so-called entertainment has introduced violence in our society,” he argues.

However, human rights organizations, the reported suicides in Malakand division are perhaps the honor killings. Civil society members say that 60% victims of honor killings are also reported as suicide cases.

Tabassum Adnan says that majority of the suicide incidents among women are wrongly reported in Swat, which is alarming.

Ms Adnan, who holds reconciliatory jirgas to resolve domestic disputes in the area, says “last year, we came across four cases where the victims were in fact murdered but they were reported as suicides,” 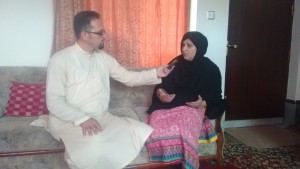 e is critical of the police failure in stopping honor killings of women saying nobody has so far been convicted in honor related killings. “We have been continuously pursuing these cases in courts but we face problems from the police side as in most cases, they fail to do proper investigation,” she laments.

“The poor investigation and prosecution raises questions. Either our police is not capable to investigate criminal cases or they deliberately put such cases under the carpet in the name of honor and cultural taboos,” remarks Ms Adnan.
A senior police official in Mingora also agrees with Adnan that in majority cases, honor-related killings are termed as suicides.

Deputy Superintendent of Police (DSP) Investigation Afsar Zaman tells this scribe about a recent incident where a girl was killed by her brother in the jurisdiction of Saidu Sharif police station but the family members were terming it a suicide case.

“When we investigated the case, we suspected that it is a murder. The victim’s father was arrested and he confessed that her daughter did not commit suicide, rather she was killed by her brother because she was having illicit relations with another person,” the police officer narrates. He adds that since the alleged killer was in police service and he knew the laws, that is why he tried to confuse the investigators and termed it as a suicide. But still we manage to arrest him, he informs.
Apart from honor killing, women killed for other reasons are also reported as  suicide incident.
Laila, a native of Swat, has been poisoned twice by her in-laws after she refused to adopt dancing as profession.

Laila says she reconciled with her husband and in-laws after the first attempt on her life because she was pressurized to take the responsibility of poisoning herself. But the second attempt made her furious.

“My husband added bleach in my food but fortunately I survived. Later I   was forced to enter into agreement and I rejoined with my in-laws. Sometime later, I was shifted to Peshawar and again forced to continue dancing. They moved me to Dubai for live performance and when I refused to entertain their demands, my husband again gave me poison in food. Though I survived but my husband, her mother and aunt severely tortured me and ousted me from the house,” she recalls.

She is adamant and wants to take revenge from her in-laws. “I at least want to ask them why did they treat me so inhumanly,” she yells.

Legal experts put the blame on police that people involved in killings of women are usually not brought to justice. Advocate Muhammad Imran, who pursues criminal cases, says due to loopholes in our policing and investigation mechanism, it becomes difficult to differentiate between murders and suicide cases.

“Usually, police do not want to report suicide cases. And if doubts are raised about a particular case that it is not suicide rather a murder case, police try to report it as suicide and shelve the file. In murder cases, they have to undertake proper investigations and collect evidences which they don’t bother to do,” he observes.

Iman continues that poor investigation and unavailability of proofs allow courts to acquit accused killers in such cases.

Ms Adnan and others are of the view that only proper legislation and reforms in police system particularly investigative mechanism can put an end to this social menace. They think that unless the government and community come together to address the issue, women will continue to die either in the name of honor-killing or in the garb of suicide.